Asia has received them very well and they both are all set to make their app public very soon. 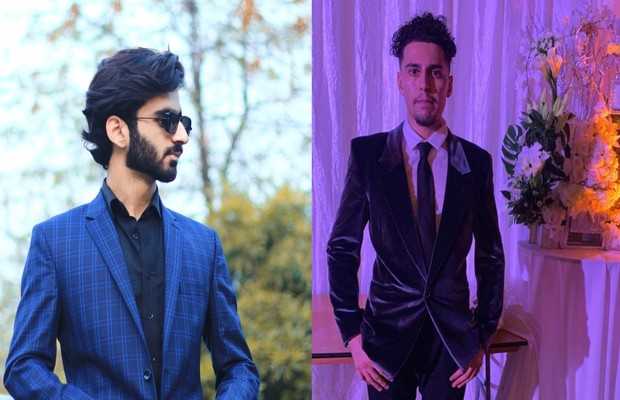 Abdullah Mehmood is a Pakistani serial Entrepreneur, starting his first successful business at the age of 14. You name it, he has done it! Starting his carrier from making short videos on YouTube for entertainment purposes, paired up with some recognition from already famous YouTubers, Abdullah Mehmood ended up making himself a well-known name in the country. Growing up, he has had many successes, he started an e-commerce business which came to be known as a brand later on. He is now the owner of a successful photography business in Canada. He is also handling a successful nationwide company known as Rex-Media Group. This company of his deals with public relations and advertisements. Apart from that, his company offers free of cost mentorship to the growing entrepreneurs of Pakistan.

Arash Barman is a 20-year-old American-Iranian internet entrepreneur. Being born to middle eastern parents, he had always been expected to become a lawyer, engineer, or a doctor, as it is the stereotype of that region. However, Arash was always willing to focus on living his life for himself, hence he has always been following his will. Arash had anticipated becoming a basketball player in the NBA and had always worked hard for it. He had almost reached where he desired, however, due to racial differences, it was really hard for him to do so. Due to which he decided to focus on something else besides this. After hard work and much-needed dedication, today he is the founder of the newly launched Persian- Jewish dating app known as “Boos”. He was asked about how his family felt about himself breaking the stereotype and following a rather new carrier. To this, He mentioned that he is also completing his degree in sports and administration from the University of Miami.

Abdullah Mehmood and Arash collaborate together

Very recently, Abdullah Mehmood convinced Arash to invest in Asia, and especially Pakistan in particular. Abdullah supported his claim with loads of secondary research which proves that there is a lot of potential for such apps in these countries. These countries can help by providing cheaper skilled workers, which would help perfect the app to greater degrees. Abdullah further stated that due to such high populous figures within these areas, there would be a large number of people genuinely using this app, which would significantly help in the marketing and growth of a new app in this space.

Abdullah was interrogated about why he was so keen to get this app launched in Asia, to which the keen entrepreneur explained how passionate he was to support the invisible exports of these countries. The businessman further explained how cheap and skilled labor is available in those locations, Abdullah also justified that covid-19 has sacked the physical jobs which the majority of the people used to attend. He has aimed to end this barrier. In an attempt to end it, he took full responsibility for the fact that the work needed for the development of the app would be done by Asians.

Abdullah Mehmood was also asked about how he believes this would be practically beneficial for everyone involved. He then explained with precise detail, his words are as follows, “ Pakistan has loads talent,  plenty which is undiscovered most of the time, this application would at first help the developers by providing them a source of earning and give them experience on how such applications are built. This would enhance their skills and with some brainstorming help them make their own applications, which would benefit the people.”

Abdullah further explained that he did not ask Arash to collaborate out of the blue. He told us that he had spent much of his time with his clients from the united states. During this quarantine, he worked for them, and he had always had pure intention. Knowing Pakistan has not had many bug opportunities in the past, Abdullah acknowledged that he is representing his country and worked up to his utmost potential. His pr company worked for over 7 months with them. Abdullah proved to them that there is no lack of talent in Pakistan. They appreciated his work, and for this reason, they had developed a healthy relationship which helped Abdullah strengthen his proposal and helped him gain an overwhelming response from Arash.

Furthermore, proving his passion, dedication, and excellence, he wasted no time and has got its official trademark. As far as Arash is concerned about it, he has been full of enthusiasm and has been appreciative of this initiative by Abdullah. Arash has also made investments in many other fields such as the stock market. Investments like these make it easier to overview his interest in his work. Asia has received them very well and they both are all set to make their app public very soon.