Can Internet Cable piracy be curbed?

Here in Pakistan, we already have a limited cinema going culture, such practices of film piracy put a heavy dent on already struggling film industry 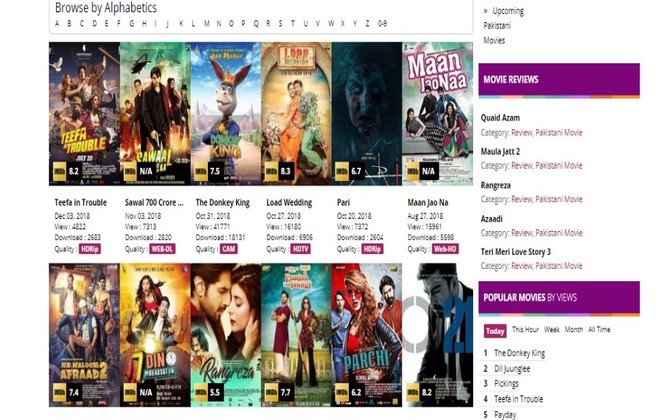 It was few weeks ago when SC put a ban for airing any of the foreign content, Indian dramas and films to be precise. And the net result was, many of the private channels instantly halted broadcasting any of the Indian content.

This ban also barred the local cable operators from running Indian films on their special channels meant to show movies. Instead of Indian film they are now showing many of Pakistani old and new films. And also couple of dubbed versions of Hollywood films and their English content.

After going through couple of film channels, it was noticed the newest Pakistani films were being shown. That includes the latest Pakistani film which are still running in theaters. The latest casualty, fallen to such piracy heck was block buster hit ‘Teefa in Trouble’.

Our beloved actor Ali Zafar took to social media to announce to his fans that his block buster film is now available on Netflix. I guess he didn’t know that way before his announcement his film was accessible to millions on internet cable portals.

That’s not the only case showing pirated films. The other resource having hundreds of pirated Pakistani films are the locally available internet cable connections, which have special portal websites accessible to the service subscribers. And guess what’s not is available on such portals from TV dramas to films, Pakistani and international content, everything is available.

The mechanism is too strong that many films are available on these portals just after few hours of release. Sadly, we don’t have any strong mechanism to fight such piracy efforts, though it is a global phenomenon.

But what it effects badly is the Pakistani film industry that is already struggling and striving for its revival. But such film thefts effect the revenue of film production. Almost all the newly released Pakistani and international films are available on such portals.

Though we all know very well that there exists a grey area on internet which cannot be regulated that easily, dark web is accessible through various means.

Here in Pakistan, we already have a limited cinema going culture, such practices of film piracy put a heavy dent on already struggling film industry. Though this year had been fantastic as many films did really well on the box office and managed to attract crowds towards cinemas.

Piracy refers to the unauthorized duplication of copyrighted content that is then sold at substantially lower prices in the ‘grey’ market’, but here in case of internet cable piracy its available for free. Many laws have been made to prevent privacy. Internationally, the laws for punishing piracy in developed countries are strict and disciplinary in nature.

Though such mechanism lack in Pakistan unfortunately. If cable operators are airing the film, it is obviously in direct violation of Pemra’s ban. At least there should exist a regulatory authority, keeping check and balance partially.

As Supreme Court of Pakistan took notice of media airing foreign content and put ban over its telecast. Such measures can also be taken against the cable internet operators. They are operating in Pakistan, some regulatory authority is required to curb them from putting Pakistani films online.