Kyun Nikala; a play that delivers right in the feels!

Pakistan has more talent than one can actually imagine. Especially when it comes to theatre, we have actors and playwrights who can set the stage on fire with their performances.

A very good example is the Anwar Maqsood’s recent play, Kyun Nikala, a satire that hits right where its supposed to.

Talented Sajid Hassan has portrayed the condition of PML(N) MNA’s throughout the time the part was in crisis. His performance throughout the play was incredible, spot on and very much what one expected from the veteran actor.

Here’s the list of actors who played the following characters;

Although Anwar Sahab changed the story a bit because of the elections held in Pakistan, however, its still more fun than ever. A satire that delivers without being hard on the eye. Before the elections, the story (according to a press conference held) revolved around the Khansama (chef) Mujeeb Bangali but after the elections, Anwar Maqsood tweaked the story to revolve around the Chaudhry.

The Status of Chaudhry was exactly as we assumed; a playful Punjabi, wealthy and a womanizer. But he is very afraid of his wife, Modi who is very short tempered. Sardar Sahab is a sindhi PPP Jiyala and wants to buy Chaudhry sahab for his party. Sardar is a very funny character indeed.

Nazar Hussain senior theater artist plays two roles and does justice to bothe. Playing a Khawajasera is a challenge to anyone but for Nazar Hussain he played the role with ease. Rehana was played by the cute Maha Hassan. She never lost her charm sharing the stage with Sajid Sahab and shocked the audience with the delivery of her dialogues.

Rabia Shakil and Shaista Ahemad played their characters well.  As PTI wali’s they tried to convince him to join PTI but Chaudhary is not interested in the offer but interested in something beautiful.

Raza Zaidi played 2 supporting characters Lasani Wakeel was the better of the two. Mujeeb Bangali was the host of the play. Mohsin Ejaz played the character well and was appreciated a lot. Throughout the play, his punches were not only funny but delivered right on time as well.

Overall Kyun Nikala was one interesting play, something you’d not want to miss. All the actors were in perfect sync with each other, delivering their dialogues and punches right on time. Anwar Maqsood definitely knows what appeals the audience and combining that with such an amazing script is a talent surely only his. Dawar Mehmood with his keen sense of creativity has put life into the characters Anwar Sahab wrote and in combination with brilliant actors, what you have is brilliant on stage.

Take some time out for your schedule today and go watch the play with your family. I’m sure you’ll have amazing time. 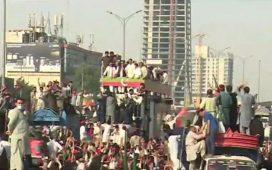 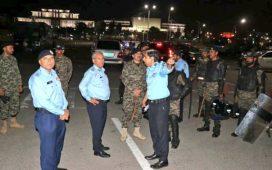