Naya Pakistan; are we there yet?

Please take what I write with a grain of salt. 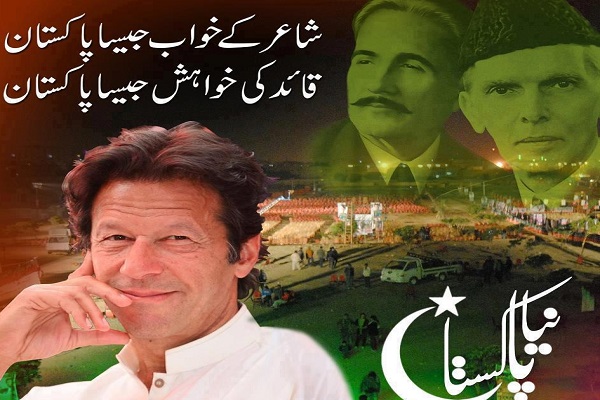 When speaking about what PTI government has done for Pakistan in about two months of assuming office, it would be really more correct to take into account the measures they’ve introduced. Because as you, I too believe that the ‘change aka tabdeeli’ we have been promised, will certainly take some time to come for all of us. But yes, we’re sure it will come and we will see Pakistan prosper.

Please take what I write with a grain of salt. I’m not an economist or an analyst, I’m just a common citizen of Pakistan and I write what I see. I don’t even support Imran Khan, or any political party to be more precise. I write what I have witnessed, even if it comes after a lot of changed statements and returns the government made on its promises. And if any of the claims I make are flawed, feel free to comment and correct.

Since two months is just no time major developments can take place in, I appreciate the government for actually launching reforms to uplift the shattering economy and the people of the country.

We cannot really expect a meteoric rise in our country’s economy, within two months of being in office but the PTI government has launched measures to lift millions of people out of poverty for now. Launching the first Naya Pakistan Housing Scheme that will accommodate about 5 million people with easily financed, more affordable houses. The first phase of the booking has already begun and bookings are underway. 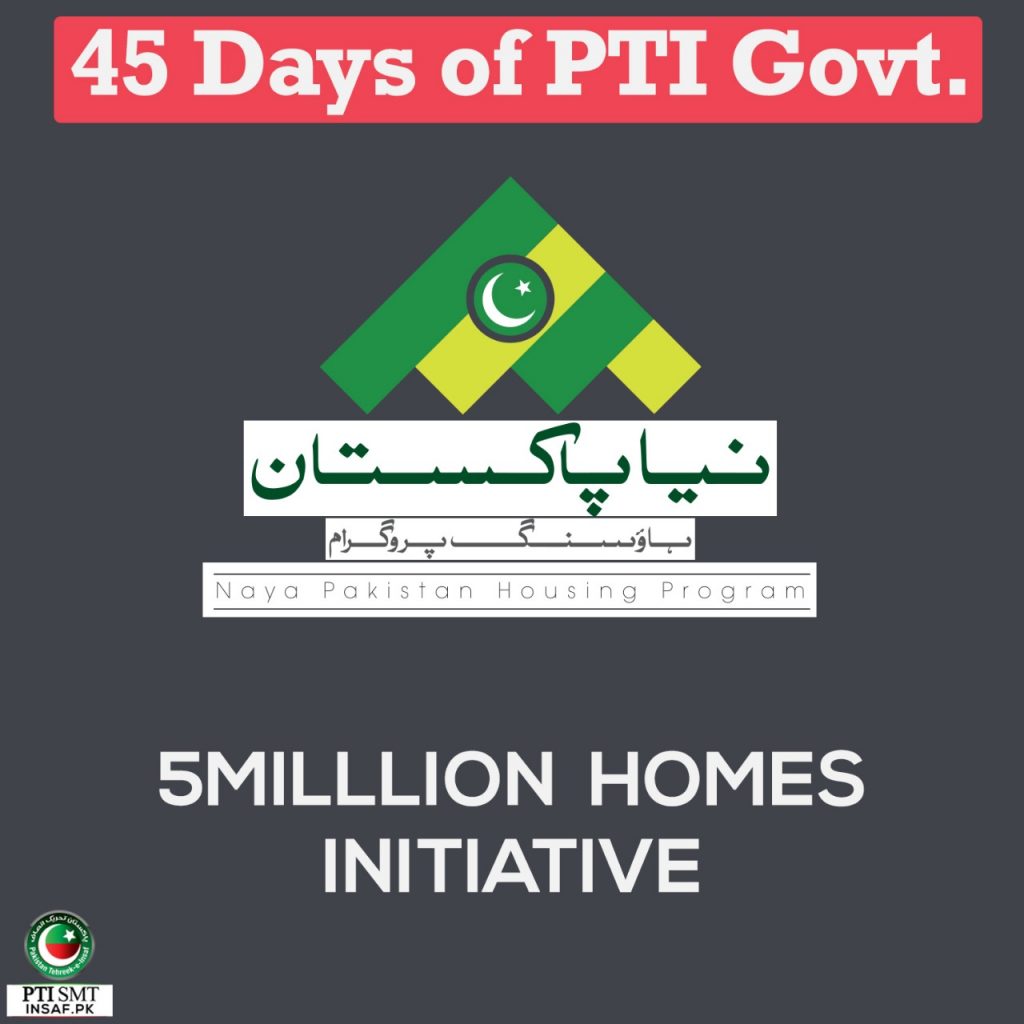 Pakistan in 2018 has become a vastly different country to what it was a year back. PTI’s austerity drive has not only focused on increasing taxes within the country but also cutting down government expenditures. The PM House is being worked upon to be converted in to a high grade research university, and the governor houses have been open for public. The ministers in office have been brought down to simple lifestyles, allowing PTI to save on government expenditures and to create a means to pay the debts the country is surrounded with. Although we’ve sought bail out from IMF once again, we’re focusing on better scheming for the payments of these debts as soon as possible. 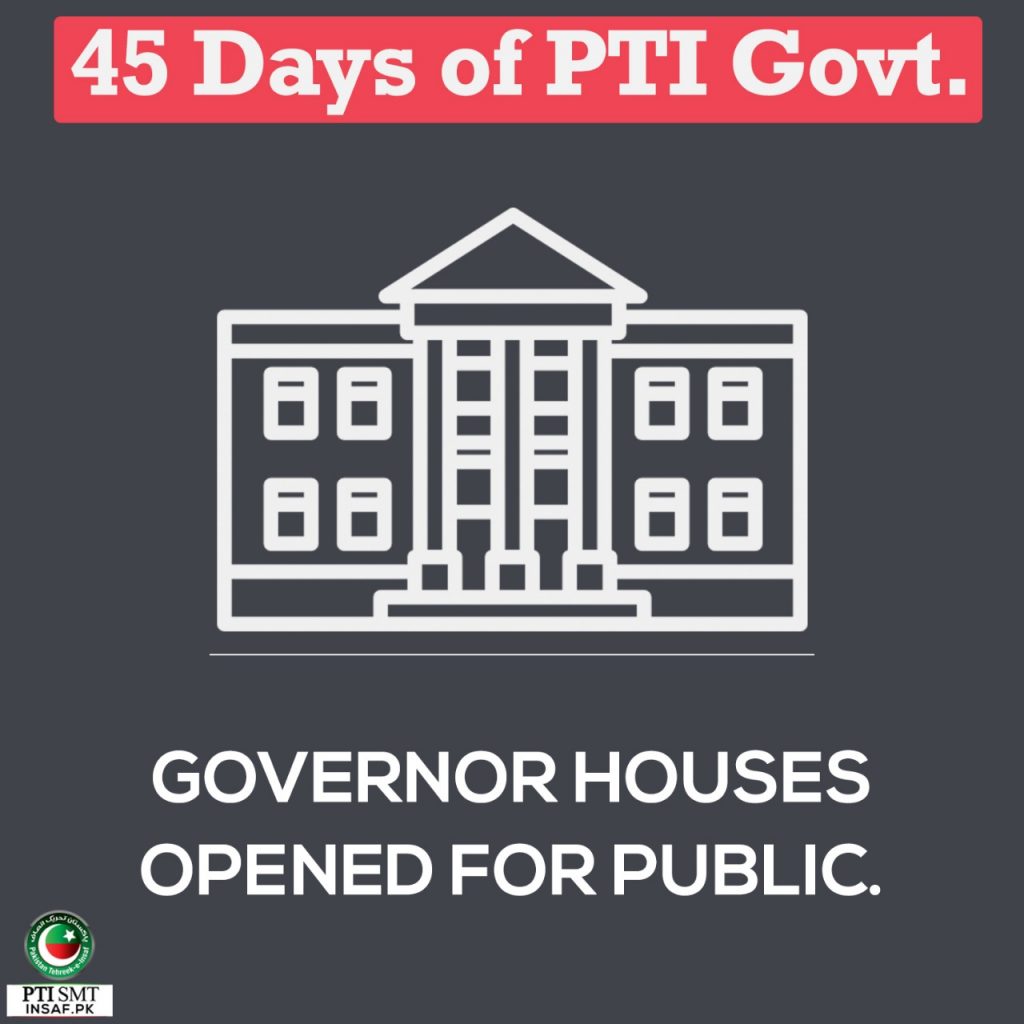 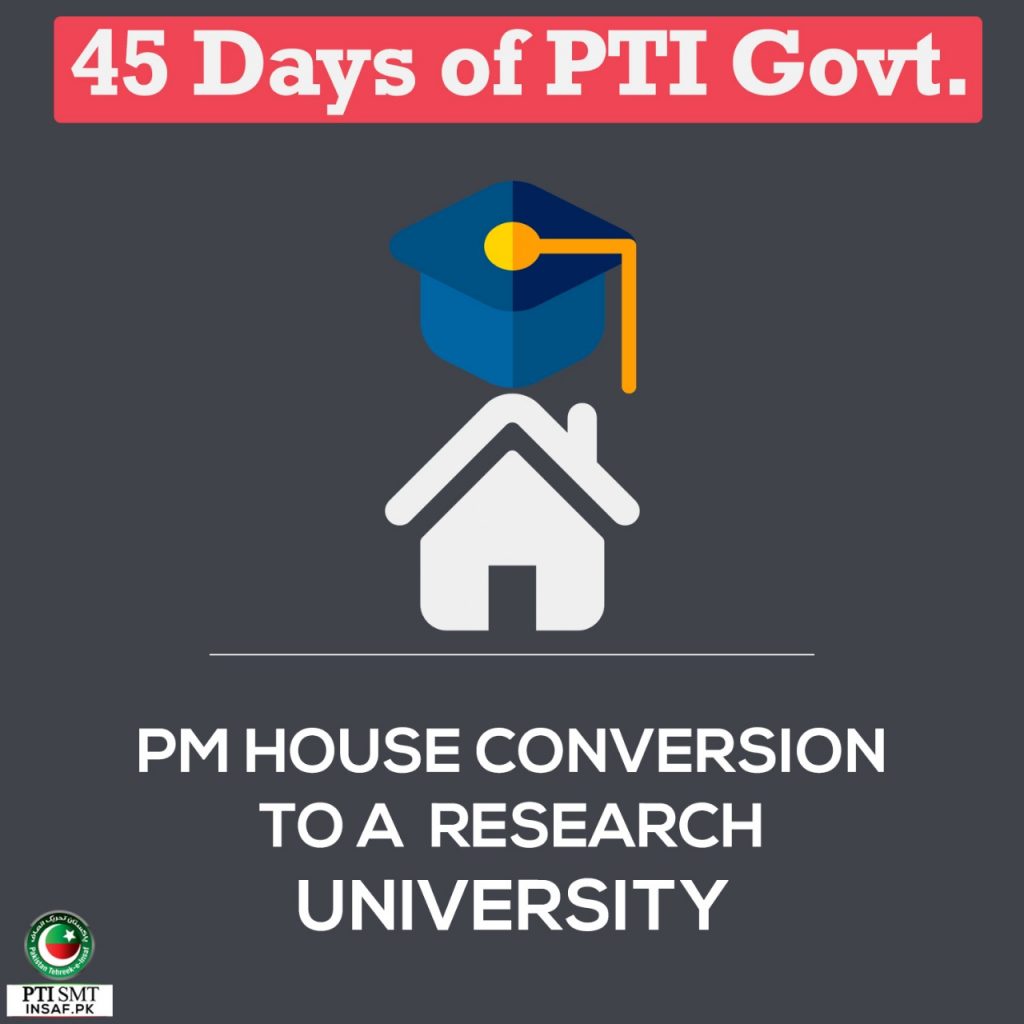 And while we talk, the rupee, although not completely, but partly, has recovered its position in the open market for the second successive day. As Pakistan welcomes Saudi Arabia as a new partner in the CPEC, the Pakistani rupee has gained Rs2 and stands at Rs133 against the US dollar.

An MOU on money laundering has also been signed with the UK and UAE through which the government is focusing on recovering assets established out of Pakistan under its assets recovery unit. 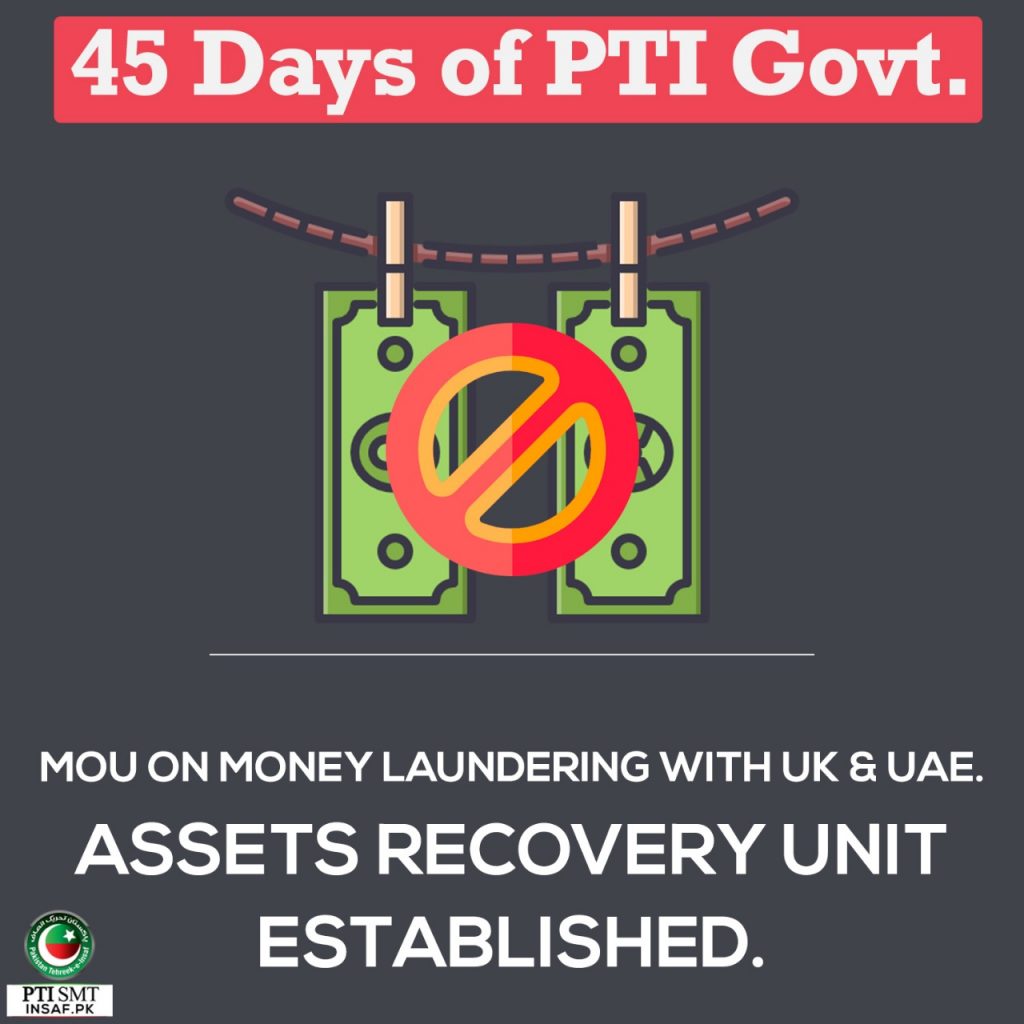 During the first 45 days of the PTI government 87000 Kanal have been recovered from land mafia and 100 factories reopened in Faisalabad. As promised by Prime Minister Imran Khan, that he’d focus on the people of Pakistan first, we take this as a step towards poverty reduction which will be driven by growth, creating jobs for people and resources for the government as well. 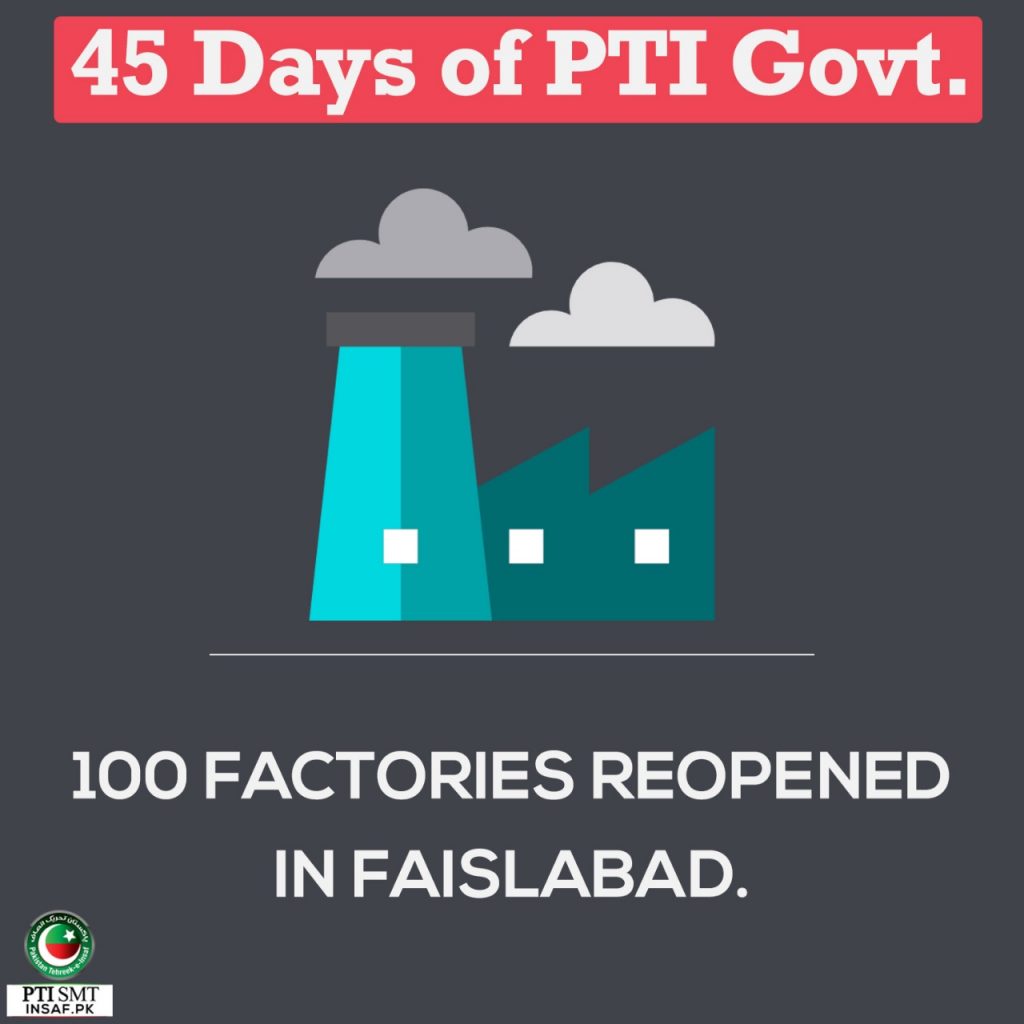 The elimination or reduction of poverty percentage will definitely allow Pakistan to focus more on its economic growth and leverage resources for development. What we need right now is good governance that will address the issues of institutional development, corruption and ensure transparency in all its activities, allowing Pakistan to join the ranks of developed nations from one that is struggling to develop still, 71 years after its inception.

To see more of PTI’s accomplishments in its first 45 days, you can also visit
http://www.insaf.pk/public/insafpk/tabdeeli-ka-safar/45-days-pti-govt