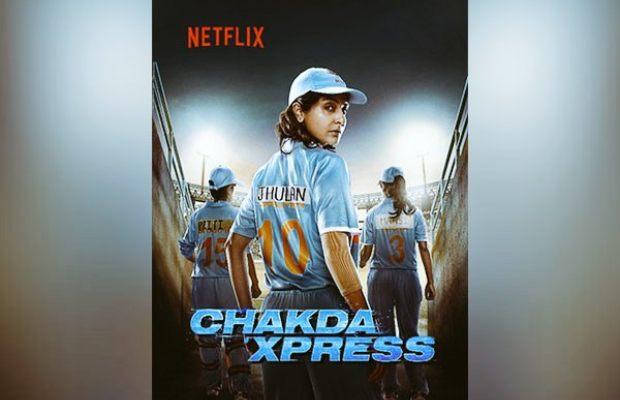 It was the other day when a Bollywood actress announced returning to screen after three years with a sports biopic.

Netflix’s original film Chakda Xpress is based on the life of a former Indian women’s cricket team captain Jhulan Goswami.


Jhulan holds the world record for the highest number of wickets in an international career that spanned from 2002 to 2021.

Anushka shared the trailer of her new Netflix movie in an Instagram post said, “Chakda Xpress is a really special film because it is essentially a story of tremendous sacrifice. It is an eye-opener into the world of women’s cricket.”

“It is a really special film because it is essentially a story of tremendous sacrifice. Chakda Xpress is inspired by the life and times of former Indian captain Jhulan Goswami and it will be an eye-opener into the world of women’s cricket. At a time when Jhulan decided to become a cricketer and make her country proud on the global stage, it was very tough for women to even think of playing the sport. This film is a dramatic retelling of several instances that shaped her life and also women’s cricket,” she added.


She also expressed gratitude for playing the character of an iconic Indian female cricketer in the film.

It is an absolute honour to play you in this film that’s inspired by your gutsy life. Every Indian must see and know what you and the girls in blue did and continue to do for the country. Thank you! 🇮🇳 💜 https://t.co/zIOdHIUOa6

Shot in India and the UK, Chakda Xpress is produced by Sharma and Karnesh Sharma’s Clean Slate Filmz.

However, the trailer didn’t sit well with the Indian cricket and film fans.

Why couldn't a dusky actress be cast as JhulanGoswami in #ChakdaXpress ? Why take a supremely lighter slim actress and get her so bronzed up? Beyond me.

I don't know about you all but Bipasha Basu or Esha Gupta would have been better choice for this role 🤔 , Bengali + same skin colour + she has good height too .

Not everyone can play a legend role pic.twitter.com/JNuJwivVrw

As much as I love her,she does NOT fit this role and tbh this is kinda cringe………..