5 more have been arrested in connection with Mumbai cruise ship drug case. 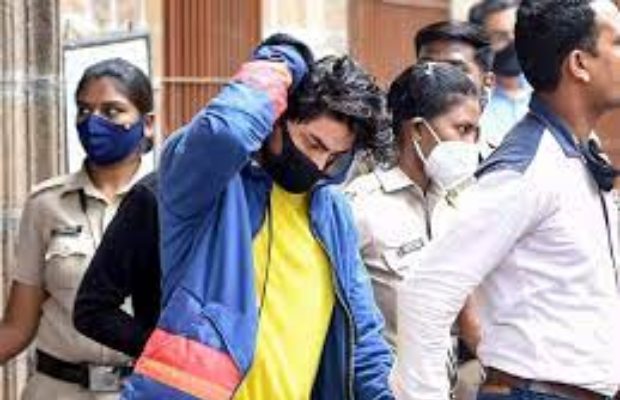 Aryan Khan and others accused in connection with the drugs case were brought to the city court on Monday.

The Narcotics Control Bureau (NCB) asked for an extension of custody citing reasons that fresh arrests and investigation had revealed new links in the case that needed to be further investigated.

Satish Maneshinde, one of India’s top lawyers who has defended actors such as Salman Khan, Sanjay Dutt, and Rhea Chakraborty in the past, is representing Aryan Khan in the drugs case.

The defence lawyer Maneshinde said “No substance seized from my client (Aryan Khan) which is in contravention of NDPS Act. If any substance is seized from the co-accused that doesn’t make any grounds to take my client into custody.”

Star kid Aryan Khan was arrested by Narcotics Control Bureau (NCB) office on October 3 after a raid was conducted at an ongoing rave party on Cordelia Cruises’ Empress ship in Mumbai.

According to an Indian media report, Aryan Khan and others were taken to Mumbai’s JJ Hospital for a medical check-up after which they were brought to the court.

On October 2, Ayran Khan was detained at the NCB office for questioning in the drug bust case, and his phone was seized by the authorities.

As per the Indian media report, after hours of questioning, Aryan Khan was arrested under sections 20 (b), 27, 28 & 29 of the Narcotic Drugs and Psychotropic Substances (NDPS) Act.

Arbaz Merchant and Munmun Dhamecha are among the youngsters, arrested in connection with the Mumbai cruise ship drug case.

I stand in solidarity with you @iamsrk Not that you need it. But I do. This too, shall pass. 🙏

Nothing harder for a parent than seeing their child in distress. Prayers to all 🙏

For all those targetting #Bollywood remember all the #NCB raids on filmstars? Yes nothing was found and nothing was proved. #Bollywood gawking is a tamasha. Its the price of fame