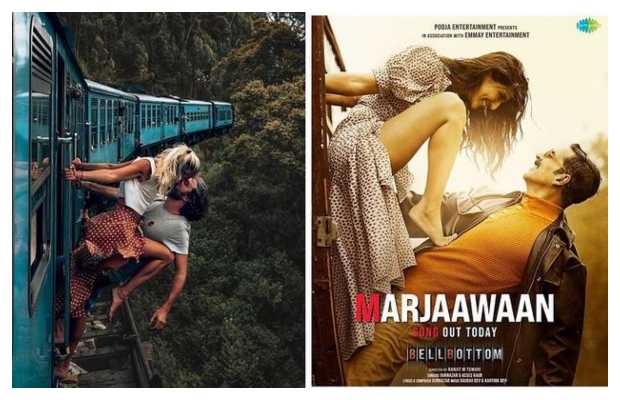 Bollywood does it again! The recent Akshay Kumar starrer BellBottom has been accused of plagiarising the Marjaawaan song poster from a Belgian influencer.

The makers of BellBottom came under the radar as soon as the poster was released for striking uncanny similarities with the picture of the influencer leaning out of a train with her lover.

In the Bellbottom poster, Akshay and Vaani can be also seen posing out of a moving train in a similar pose.

However, the influencer had posted the picture in 2019,  and netizens were sure that the makers of BellBottom have lifted the idea from there. 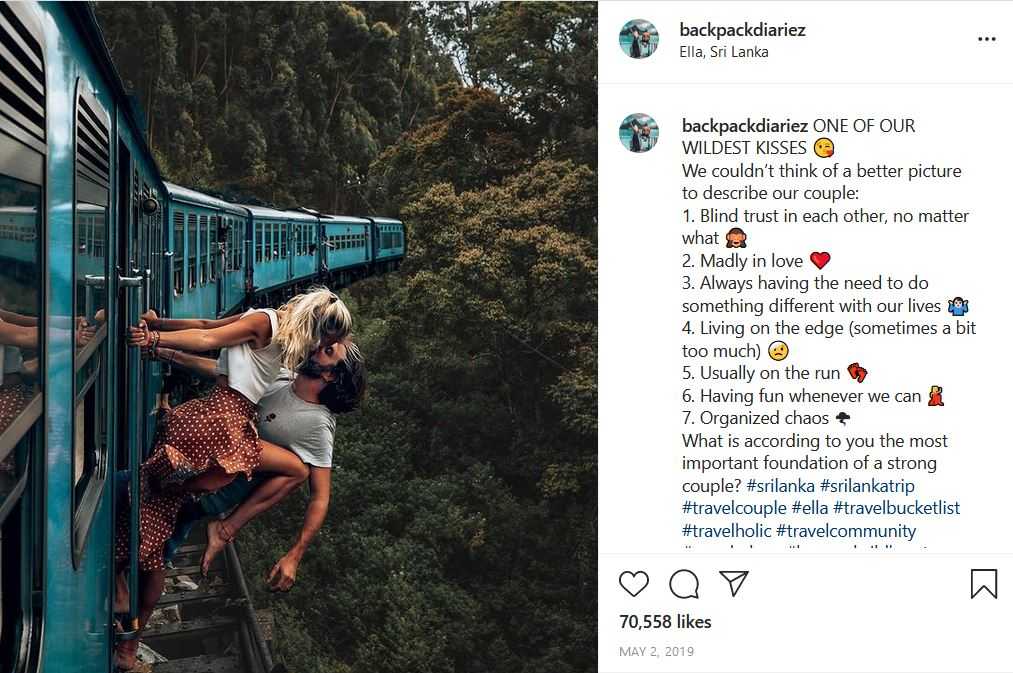 The photo was originally taken in 2019 by an influencer couple from Belgium on their visit to Sri Lanka.

Popularly known as Backpackdiariez, taking to Instagram while sharing the photo, they wrote: “We couldn’t think of a better picture to describe our couple.”

Netizens were quick to slam the makers of Akshay Kumar and Vaani Kapoor starrer Bell Bottom for plagiarism after noticing the similarities. 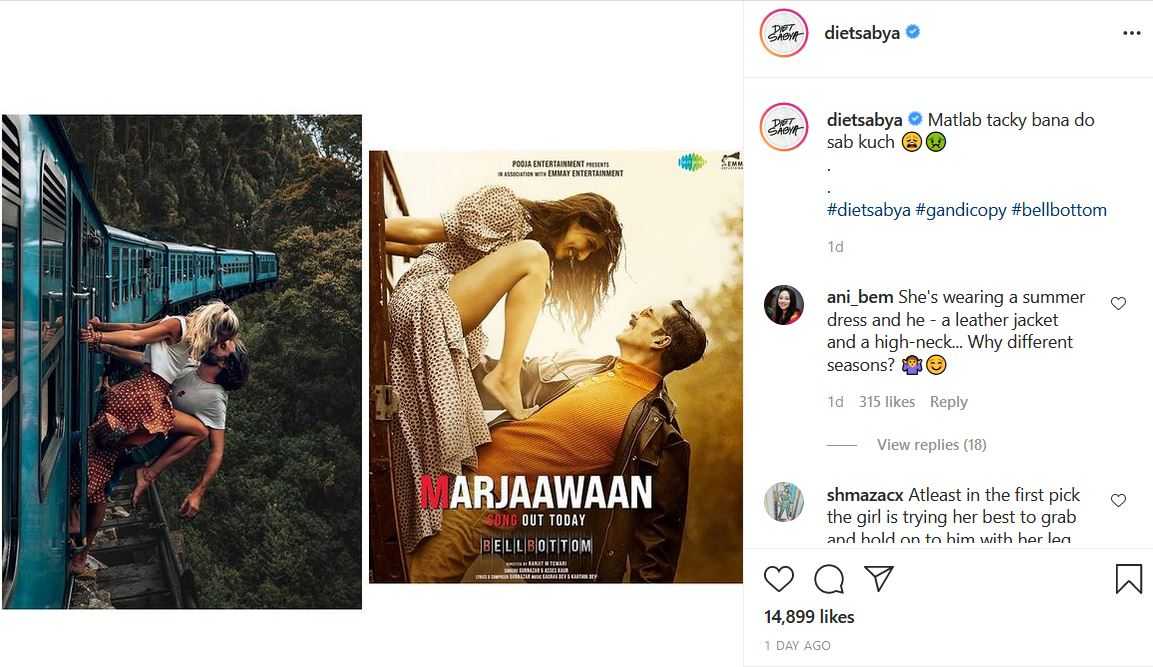 While one user commented, “Genuine question, what are the possible copyright issues here? I’m baffled at how much plagiarism gets away with like sab baap ka hai.”

Another said, “I’ve been on such shoots, heck I’ve done a few. All that’s shown to us are stacks of references to western movie posters. In some cases to be matched inch to inch.” Releasing on Aug 19, The BellBottom is set in 1984, the year that saw Operation Bluestar as well as Indra Gandhi’s assassination. The film is based on a hijack incident that took place during Mrs. Gandhi’s tenure.