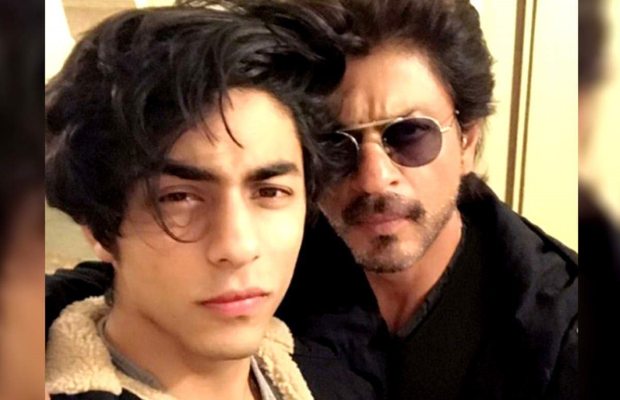 Following the arrest of star kid Aryan Khan arrest, a number of Bollywood celebs have extended their support to Shah Rukh Khan.

According to Indian media reports, Aryan has now been taken to the quarantine cell of the Arthur Road Jail with two other people.

Amidst the ongoing controversy of superstar SRK’s son, Aryan’s arrest in an alleged drug case by the Narcotics Control Bureau (NCB), veteran actor and Congress leader Raj Babbar is the latest celeb to extend his support to SRK.

In a tweet, Raj Babbar said, “He came faced and achieved a conquest unparalleled. Hv known @iamsrk for long to know hardships won’t deter his soul. As the world teaches his young boy thru wounds, am sure the fighter’s son will definitely fight back. Blessings to the young man.”

He came faced & achieved a conquest unparalleled. Hv known @iamsrk for long to know hardships won't deter his soul. As the world teaches his young boy thru wounds, am sure the fighter's son will definitely fight back. Blessings to the young man.

In a tweet, she said, “Shameful politics being played out. it’s a young man’s life and future they toying with … heartbreaking.”

Shameful politics being played out.. it’s a young mans life and future they toying with … heartbreaking .

Singer Mika Singh also showed his support by taking a jibe at Aryan’s arrest and the hype around it.

“Wow what a beautiful @CordeliaCruises  I wish I could have visited. I heard lots of people were there but I couldn’t see anyone else accept #AaryanKhan .. Itne bade cruse mei sirf aariyan hi ghoom raha tha kya.. hadd hai.. good morning have a wonderful day. (sic),” Mika tweeted.

Wow what a beautiful @CordeliaCruises I wish I could have visted. I heard lots people were there but I couldn’t see anyone els accept #AaryanKhan ..
Itne bade cruse mei sirf aariyan hi ghoom raha tha kya.. hadd hai.. good morning have a wonderful day.. pic.twitter.com/BJ72yHpkl5

“My dear Aryan, Life is a strange ride. It’s great because it’s uncertain. It’s great cause it throws you curveballs, but God is kind. He gives only the toughest ones the toughest balls to play. You know you are chosen when amidst the chaos you can feel the pressure to hold your own. And I know you must feel it now. The anger, the confusion, the helplessness. Aaah, the very ingredients that are needed to burn the hero out from inside you. But be wary, those same ingredients could burn away the good stuff… the kindness, the compassion, the love.”

Following Aryan Khan’s arrest, Shah Rukh Khan and his family are being targeted by hate mongers on social media in India. However, SRK’s supporters are also raising their voices:

Our Bollywood Icon @iamsrk is the pride of India. Its unfortunate that some of our friends are running a negative campaign against him. It's difficult times for #ShahRukhKhan ji & family. Prayers for #KingKhan 🙏

Nothing good will come out of negative campaigns. Jai Hind 🇮🇳 pic.twitter.com/wEeAgm9Gq3

Fact: Shah Rukh Khan is the most recognized & loved Indian globally after Mahatma Gandhi. Every country that I have visited, when I tell people that I am from India, they invariably say "Shah Rukh Khan". He does not spend tax payers money for image building & is genuinely loved!

AryanKhan case has nothing to do with him consuming drugs but a clear targeting of Shahrukh
Aryan’s basic right of securing bail is being denied in a free country.
SRK is undoubtedly the biggest Muslim superstar of our times
‘Process as punishment’ is a msg to him to fall in line