Fans reacted to the media frenzy outside as many believed that the actor should have been allowed to visit his son without mobbing him for photos or questions regarding the case. 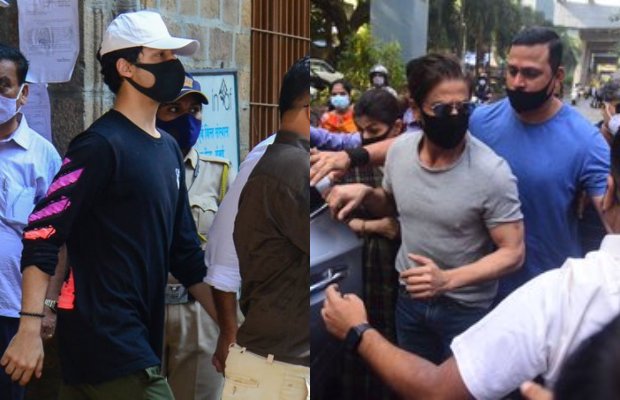 Special NDPS Court has extended the judicial custody of Aryan Khan and others till 30th October.

A special NDPS court on Thursday (October 21) extended the judicial custody of Aryan Khan, Munmun Dhamecha, Arbaz Seth Merchant, and others accused in the seizure of drugs case till October 30, ANI reported.

As per the Indian media reports, this will not affect the hearing of AryanKhan ‘s bail application filed at the Bombay High Court.

The development came a few hours after the Bombay High Court decided to take up Aryan’s bail application on October 26.

“The NCB Mumbai Zonal Unit officials visited ‘Mannat’, the residence of Aryan Khan in connection with the (Cr.94/21 case) for seeking certain material related to the investigation of the case from Shah Rukh Khan, by following due procedure of notice, etc.,” the statement read.

The agency also conducted a raid at Ananya Panday’s house in Khar West as part of its investigation in the luxury cruiser rave party.

A report in IANS suggested that her name was featured in the WhatsApp chats of Aryan Khan. While the authorities have also summoned Ananya to appear before the officials for questioning.

Meanwhile, SRK’s fans reacted to the media frenzy outside the jail.
Many believed that the actor should have been allowed to visit his son without mobbing him for photos or questions regarding the case.

Let a father meet his child. Don't turn it into a circus show

Wounded but ever so courteous. Please someone make everything bad go away for him. Can't take this anymore. #ShahRukhKhan https://t.co/JsXZoMKaBF