Multiple intimate photos of them have surfaced earlier. 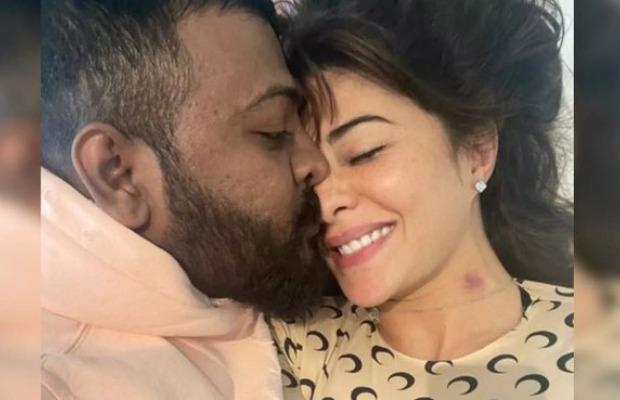 Jacqueline Fernandez is furious after her private photo goes viral on social media.

An intimate photo of Jacqueline Fernandez and conman Sukesh Chandrasekhar surfaced on Saturday.

The leaked intimate photo featured the two cuddled while netizens were quick to spot a hickey on her neck in the photo.

I was in relationship with @Asli_Jacqueline says Conman Sukesh Chandrashekar. Intimate pics viral. Jacqueline has denied her relationship in ED statement. pic.twitter.com/KnUTGSXwXh

The actress took to social media requesting people to not to circulate intrusive images and not to invade her privacy at a difficult time, which she described as ‘a rough patch.’

Her statement shared in social media post reads, “This country and its people have always given me tremendous love and respect. This includes my friends from the media, from whom I have learned a lot. I’m currently going through a rough patch but I’m sure that my friends and fans will see me through it. It is with this trust that I would request my media friends to not circulate images of a nature that intrude my privacy and personal space. You would not do this to your own loved ones, am sure you would not do this to me either. Hoping that justice and good sense prevails. Thank you.”

Winner of the Miss Universe Sri Lanka pageant of 2006,  Jacqueline Fernandez has denied being in a relationship with the conman, while Sukesh claimed they were dating.

Multiple intimate photos of them have surfaced earlier.