Juhi Chawla went to the NDPS court to be the surety of Aryan Khan as lawyers were finalising the paperwork for Aryan Khan's release. 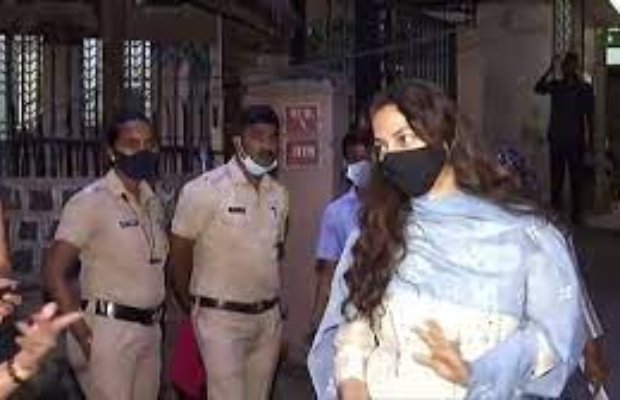 Juhi Chawla, 53, was one of Shah Rukh Khan’s earliest co-stars and his business partner, also confirmed the completion of the court procedure.

“I’m just happy that it’s all over and Aryan Khan will come home very soon. I think it’s a big relief for everybody,” she said outside the sessions court.

When asked if Khan will be released today or tomorrow, a baffled Chawla said, “I don’t know that he won’t come out today.”

Chawla, a close friend of Shah Rukh Khan was the surety for Aryan Khan, his lawyer Satish Maneshinde was quoted as saying, “She (Juhi Chawla) knows him from birth as they are professionally associated.”

“We have received the order of the High Court. The process is on. Once the judge accepts the surety, then we will proceed with other formalities…all should be done by today evening,” Manshinde said.

Meanwhile, Aryan Khan was not been released from Arthur Jail on Friday, as the deadline to reach jail and complete formalities were 5:30 pm.

As being reported, the team of advocates representing Aryan Khan will submit the documents on Saturday and SRk’s son will be released from jail on the same day.

The court will reopen at 6 am and after completing the formalities, it will take more than one hour for Aryan Khan to walk out of the jail, reports Indian media.

The single bench of Justice Sambre on Thursday granted bail to Aryan Khan, 25 days after being arrested during a drug raid conducted by NCB Mumbai on a cruise ship off the Mumbai coast.

The detailed bail order of Aryan Khan received on Friday stated: Aryan Khan should present a PR bond of Rs 1 lakh with one or more sureties in like amount.

He should not indulge in any similar activities, not try to establish contact with co-accused, and should surrender his passport before Special Court immediately.

The bail order also stated that the applicant should attend the NCB Mumbai office each Friday between 1100-1400 hours to mark their presence. Applicant should not leave the country without permission from NDPS Court.