‘He asked me to sleep with his friends,’ Shocking details behind Karishma Kapoor’s divorce come to light

Karisma Kapoor's personal life has been in the news for many years. She was married to businessman Sanjay Kapur. 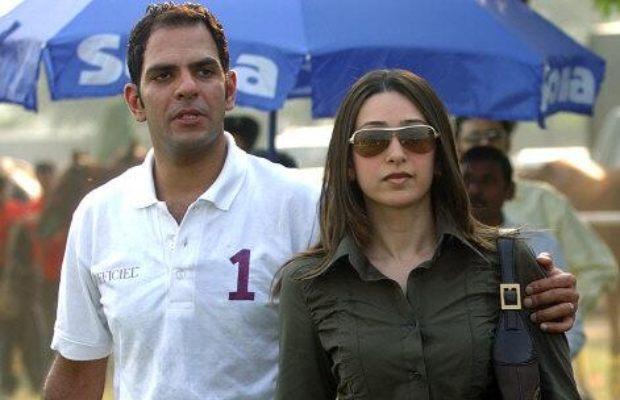 Shocking details behind Karishma Kapoor’s divorce have come to light!

Karisma tied the knot with Sunjay Kapur in 2003 in a grand wedding ceremony and after 11 years they parted ways.

In 2014 the duo was legally separated after washing their dirty laundry during the divorce trials.

Their divorce was an ugly affair, seeing both parties leveling nasty allegations against one another.

Karisma had also filed a dowry harassment case against Sunjay Kapur and his mother Rani.

Karisma Kapoor’s divorce with her ex-husband turned out to be one of the ugliest divorce battles of B-town.

And recently a few more details have come to light leaving the Bollywood fans in shock.

Karishma’s professional life shined bright but the Biwi No.1 star was once “auctioned” by Sunjay to one of his friends, as per Zoom TV report.


Karisma’s revelations came during her recollection of how her life changed completely after marriage, during her divorce proceedings.

Details about her ex-husband Sunjay Kapur’s behaviour with her were shared by Karishma herself.

She revealed that once her mother-in-law gifted a dress to her but she could not fit into it because of being pregnant but Sunjay’s reaction to the same was ridiculous.

Sunjay Kapur had asked her mother to slap Karisma Kapoor for not fitting into the dress. He said, “Why don’t you just slap her?” as reported by Zoom TV.

The actress also revealed that Sunjay’s mother supported his multiple relationships and him living with multiple women while he was already married to her.

Karisma also revealed that even after the couple got married to each other, her ex-husband was in a physical relationship with her first wife.

Karisma went on to share a disturbing story of their honeymoon.

She told that he [Sunjay] tried to force her to sleep with his friends. And upon refusing, he beat her up and even put a price tag on her, to auction to one of his friends.

Karisma also alleged that Sanjay refused to follow up on his financial commitments, to which, Sunjay argued that Karisma only married him for his money.

After getting a divorce from Karisma Kapoor, Sunjay Kapur moved on in life and is now married to Priya Sachdev with whom he shares a son.

They were married for 11 years and share two kids, Samaira and Kiaan.

And after lengthy legal proceedings, Karisma Kapoor got custody of the kids. Reportedly, the kids stay with their mother in Mumbai.

After getting a divorce from Karisma Kapoor, Sunjay Kapur moved on in life and is now married to Priya Sachdev with whom he shares a son.