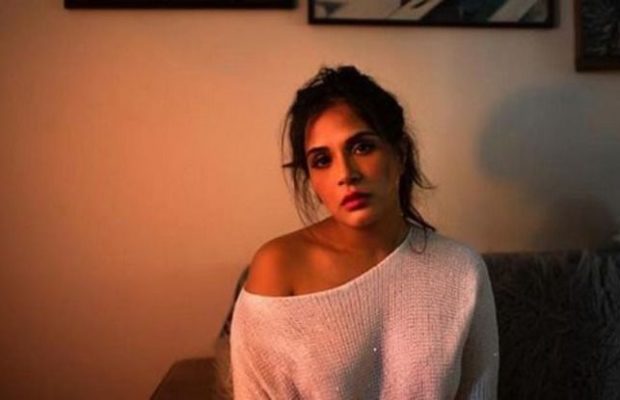 Richa, who currently has a following of 541.9K on the micro-blogging site, has even deleted the app from her phone, terming it as “too toxic”.

Her Twitter handle appeared to be locked on Tuesday morning.

Richa on Tuesday morning announced on Twitter that she has deleted the micro-blogging app from her phone.

She wrote: “Deleting this app off of my phone. Takes too much, is toxic. Bye.” 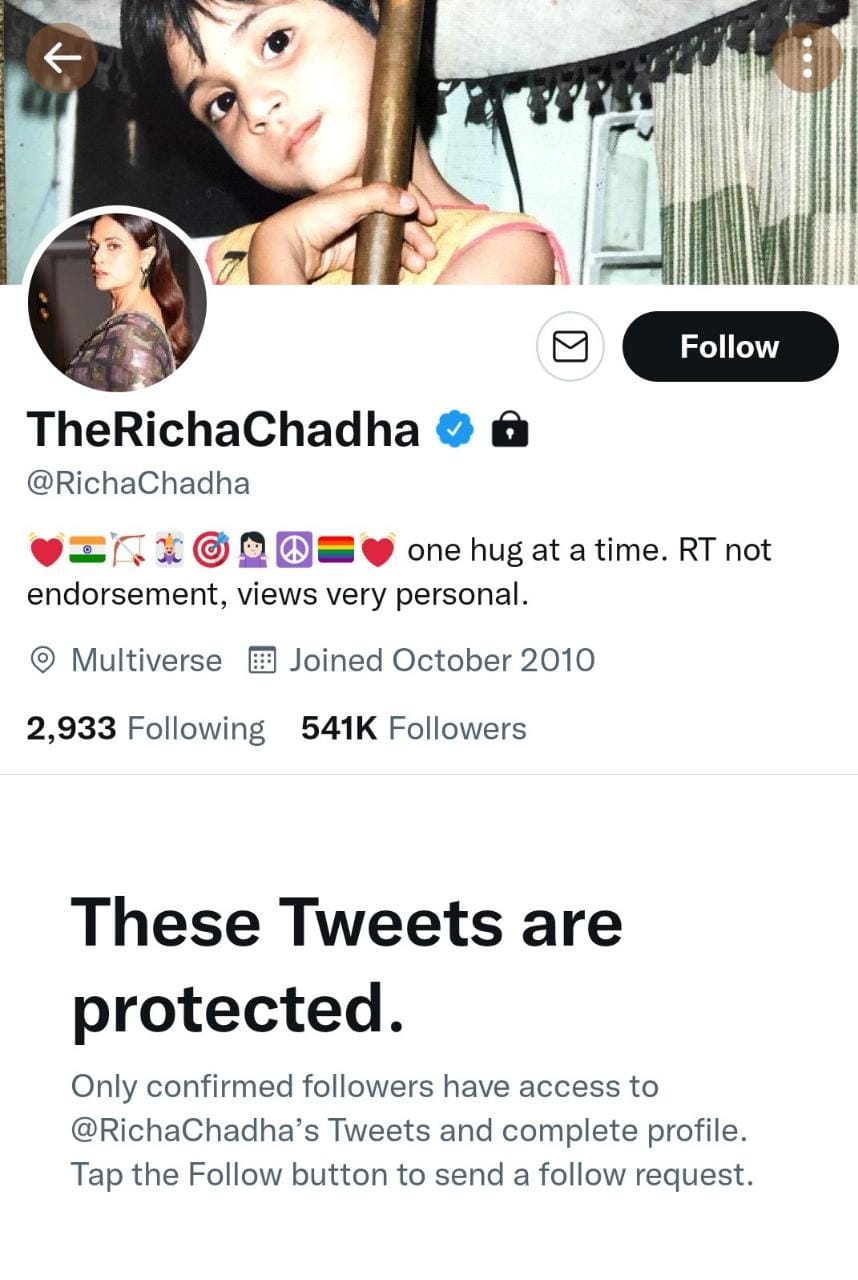 The development comes according to an Indian media report, after a user had written to Richa in Hindi: “When are you getting divorced? Tell us. Because your marriage is not going to last long, just like Aamir Khan’s.”

To which, the actress replied in Hindi: “Sarvesh, forget about me, are you losing your mind because no one married you willingly? In your case, it must have been the girl who asked for dowry. Neither do you have looks nor intelligence and you are also poor? Your mother must have switched from LPG to an earthen stove.”

“My regards to you, aunty. What kind of s**t-like devil you have brought into this world? This unemployed, pitiable person can dare to speak only here.”

Richa Chadda is an Indian actress who works in Bollywood films, best known for her work in the Fukrey Series.

After debuting in a small role in the comedy film Oye Lucky! Lucky Oye!, she has worked as a supporting actress in several films.