A shirtless SRK flaunts abs and perfect hair in the photo. 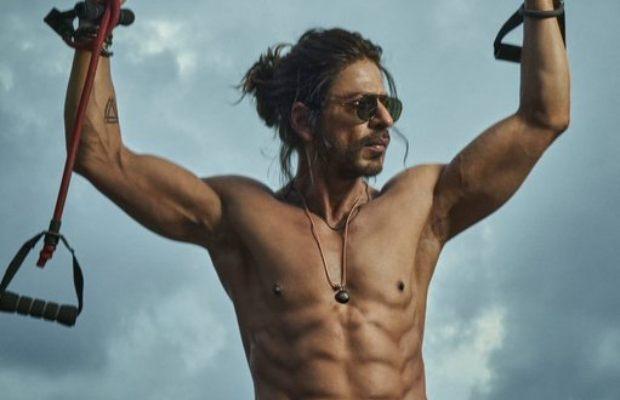 After several leaked photos and many delays in the film’s release, Shah Rukh Khan himself has shared his first look in a tweet on Saturday.

If plans go unchanged, Pathaan will release in cinemas on 25th January 2023,  in Hindi, Tamil, and Telugu.

SRK’s fans are going gaga ever since he shared his Pathaan photo.

No one, I bet no one can look as smashing as SRK in the world!! And as said by SRK #PathaanRukegaNahi https://t.co/NIxftLbTwj

WHO HAS BETTER BODY ?

‘King King hi rehta hai,’ wrote a fan on this picture of #ShahRukhKhan, and I agree completely! What a look! Has set social media on fire! #Pathaan pic.twitter.com/vdsxFwjMyA

#ShahRukhKhan in and as #Pathaan. pic.twitter.com/T2ZzD0T6zY

#ShahRukhKhan tested Positive for being the HOTTEST guy in the World 🔥#PathaanRukegaNahi pic.twitter.com/1JWNaYHccN