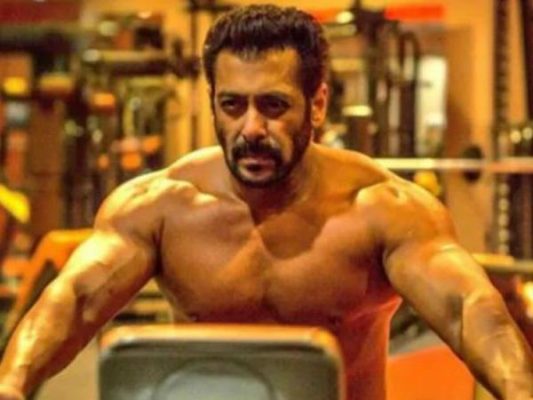 Salman Khan’s fitness is no joke. The 53 year old looks lean and fit as a fiddle and certainly a lot of hard work goes into it. Khan is currently shooting for Bharat at Film City, Goregaon.

Since this is the last spell of the movie and because Salman Khan plays 5 different looks in the film, he needs to be in top shape for all. Considering the fact, a special gym has been built for Khan at the location. Currently the parts where Khan plays a younger version of himself are being shot and Salman has to be seen in a thinner frame, for which he has been working out religiously.

Producers Atul Agnihotri and Nikhil Namit had a special 10,000 sq ft gym built for Salman Khan at the location so that he couldn’t miss out on his exercise schedule. According to a source qouted by Indian media, “Since Salman did not want to travel to Goregaon from Bandra daily, he moved to a location near the set. He asked for a huge gym to be made on the set itself, with the equipment from his own line, Being Human. It’s a state-of-the-art gym, which has all the latest workout gear hand-picked by Salman. It took a week to construct the gym.”

Bharat stars Salman Khan and Katrina Kaif in the lead and has been directed by Ali Abbas Zafar.