Who are you rooting for? 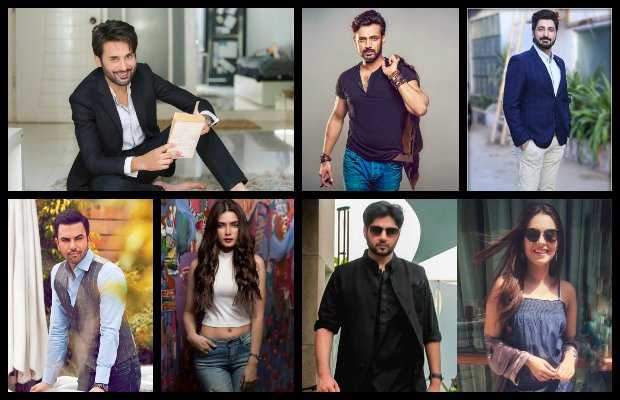 With only a handful of notable films produced in 2019, one has to say it wasn’t a good year for Pakistan cinema but we’re hoping 2020 will be a better one for all the right reasons. Firstly, one month into the new year and we already have numerous films in the making. Moreover, various remarkable TV actors are making their cinematic debut this year.

Here check out the list of actors who will be shining bright on the big screen in 2020.

The actor who was critically acclaimed for playing the role of a mentally retarded in drama serial Ranjha Ranjha Kardi, Imran Ashraf will be making his debut alongside Amar Khan in a commercially viable film Dum Mustam. Written by Amar herself, the film is Mohammad Ehtashamuddin’s directorial and first-ever production of Adnan Siddiqui’s Cereal Production.

The actor appeared in a cameo role in Mahira Khan starrer Bin Roye but this year he will be making his official silver screen debut with Kahay Dil Jidhar alongside Mansha Pasha. The teaser of the movie is already out and it seems to be an exciting watch.

After starring in back to back hit serials, Syed Jibran is finally heading towards films this year. He has been roped in with Saba Qamar in an upcoming yet to be titled film. Although the movie hasn’t gone on floors yet, rumour has it that Jibran will be romancing Saba in the movie. The film is written by Mohsin Ali and directed by Saqib Khan.

The Ishq Zahe Naseeb famed star will be playing the third lead in Saba Qamar, Syed Jibran’s upcoming film that is written by Mohsin Ali and directed by Saqib Khan. The actor confirmed that he has been roped in for the film in an Instagram post.

The gorgeous and sultry Kiran Haq was meant for films but the actress took long in making her debut. She has reportedly signed her first film alongside Hania Aamir and Sheheryar Munawwar. Not much is known about the story of the film and her character except that she will be essaying a meaty role.

An actor of caliber and finesse, Do Bil famed Affan Waheed is one of the most popular drama actors of the era. Affan has also signed his first-ever silver screen venture with romantic comedy Mastani, directed and written by Usman Rizvi.  The film also stars Amna Ilyas in a lead role.