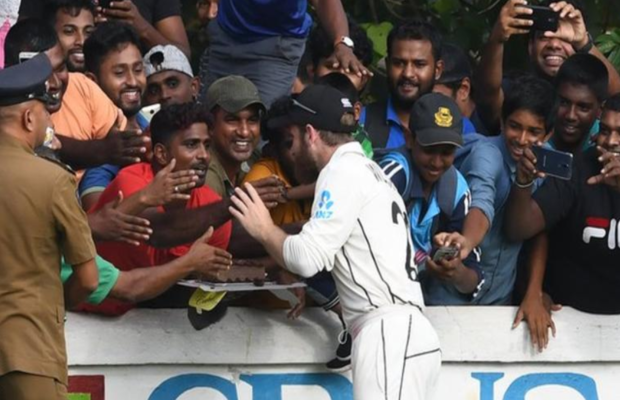 The New Zealand captain Kane Williamson celebrated his 29th birthday on 8th of August. He received a birthday cake from Sri Lanka fans during the warm-up match in Sri Lanka.

The Black Caps are currently in Sri Lanka preparing for next week’s first Test.

During a drinks break in the three-day tour match against a Sri Lanka Board President’s XI in Katunayake, Sri Lankan fans got Williamson’s attention in the crowd.

Kiwi skipper devoured a bite of cake on the boundary before offering his fan a slice.

There is a lot of love for New Zealand captain in the world of cricket. There were some off the field official b-day celebrations as well.

Many the cricket fans have fallen for the New Zealand captain for his classy reaction to their World Cup final defeat by England.