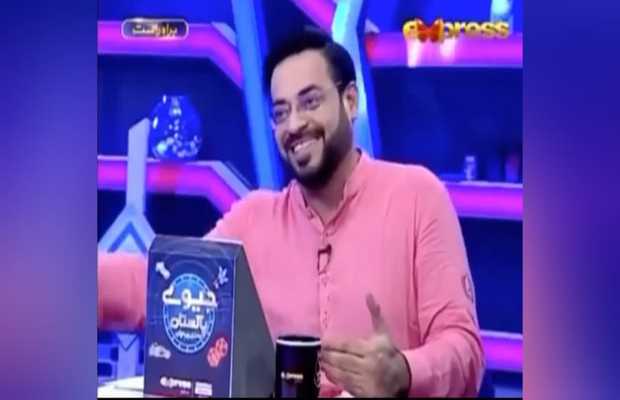 Aamir Liaquat Hussain apologises for making insensitive remarks about the deaths Bollywood stars Sridevi and Irrfan Khan during a live Ramazan transmission, having Adnan Siddiqui as a guest on the show.

His recent remarks met with massive criticism, and following the backlash, Aamir Liaquat took to social media extending his apologies.

In his video message shared on social media, with the caption “I am Sorry”, Aamir Liaquat said, “On the show yesterday, I had a slip of tongue where I lost control of over the flow of my words. Such gaffes can happen in a live transmission and I regret saying what I said”.

“When I said those words, they didn’t seem like a big deal to me but now that I have thought about it I realise that I shouldn’t have said that. I am sorry for this mistake on my part”, he further added.

“Artists from across the border are very dear and respectable to us. I also praised them in the next segment of the show but that didn’t go viral. However, I sincerely apologise for the pain I might have caused to fans and followers around the world”, he continued.

Earlier, Adnan Siddiqui who was the guest at Jeewey Pakistan also clarified his position on the latest controversy.

Actor Adnan Siddiqui was a guest on the show when Hussain shared how the Bollywood actors Siddiqui has worked with have passed away, naming  Irrfan Khan and Sridevi.

“You worked in Mom and Sri Devi died, you worked with Irrfan Khan as well and he passed away”, said Aamir Liaquat Hussain.