Aamir Liaquat’s insensitive comments about Adnan Siddiqui working with Bollywood actors, leaves us wondering was that all about?

Joking about anyone’s death is not funny especially during a Ramadan transmission. 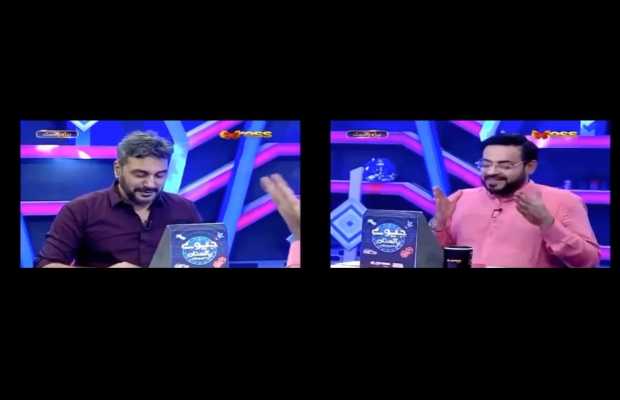 Aamir Liaquat Hussain does it again!

It was not expected from a sitting member of the National Assembly, who is also a famous host of Ramazan transmissions to makes insensitive comments.

This year, Aamir Liaquat Hussain is hosting a Ramazan show from Express Tv and day ago Adnan Siddiqui was his guest, during the conversation Aamir Liaqat was taking about Adnan Siddiqui’s work with Bollywood actors, and insensitively, he pointed out that with whoever Bollywood actor Adnan works with he passes away!

Aamir Liaquat’s remarks even left the guest puzzled and it seemed that Adnan was not enjoying being on the show.

The video clip from the particular show is now circulating on social media, and the general opinion is joking about anyone’s death is not funny especially during a Ramadan transmission.

“You worked in Mom and Sri Devi died, you worked with Irrfan Khan as well and he passed away”, said Aamir Liaquat Hussain.

This conversation seriously leaves us wondering was that all about?