People have no write to talk about a person’s private life, says Dr. Aamir Liaqat 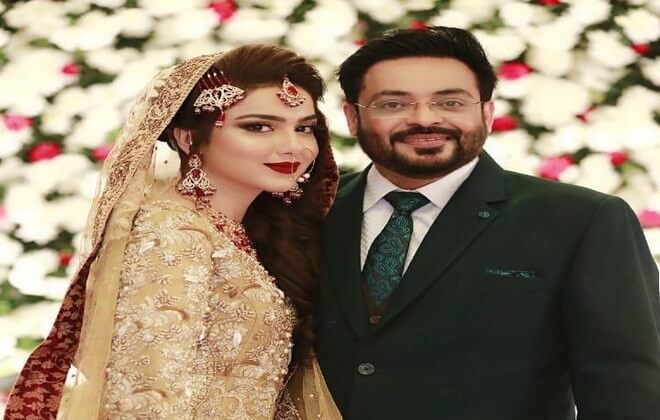 It was last week, when the valima reception’s photos of MNA and TV personality Dr. Aamir Liaqat started making rounds on the social media.

There is a reason why two people stay together. They give each other something nobody else can. ❤️👰🏻

Though, it was a private ceremony in which selected people were invited. But, what made it into the headlines, its Aamir Liaqat’s second marriage who already has first wife and two adult children. 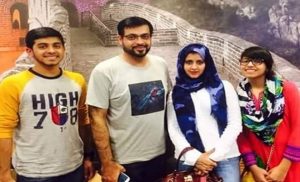 Though earlier famed TV personality has responded about his second marriage on social media posting a satire verse.

Finally, second wife of Aamir Liaqat Hussain, Syeda Tuba Aamir has responded to the ongoing backlash on her marriage.

Tuba Aamir has posted a video message, featuring Aamir Liaqat. She captioned her post, “Rumors & Gossip is Temporary, Our Marriage is Permanent”. The full video is available on YouTube, according to her post.

Rumors & Gossip is Temporary,
Our Marriage is Permanent ❤️#Alhamdullilah

Dr. Aamir Liaqat criticize people and media for interfering into his private life, and accuse them that they are making a mountain out of a molehill without any knowledge of the circumstances of his second marriage. He still supports his first wife and family financially and else wise.

And people have no write to talk about a person’s private life without any information and he does not discuss his family life in public.

Dr. Aamir showed his disappointment over few media houses for discussing his second marriage and accuses people are being paid to tweet against him.

Dr. Aamir also pointed that he supports his family that is why the family has access to facilities and they are able to tweet.

The Aisa Nahi Chalay Ga anchor, made this comment as there are tweets from his family making rounds on social media. It was earlier, when in response to his father’s second marriage Dua Aamir shared an emotional tweet.

Another day, another tragedy
Ever since you hurt your family
Sincerest prayers for you to recover
And that too goes for the homewrecker
Hoping Allah guides you to the right way
Whilst your children wipe their tears away.