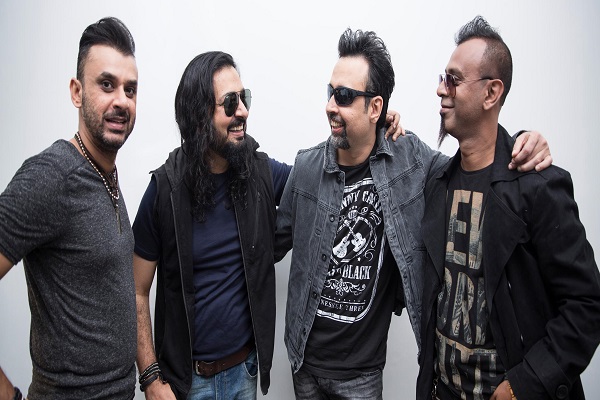 Following the recent release of two new singles “Woh Jo Dekhay Mujhay” and “IK CHAH”, the Battle of the Bands winning band is back and will be releasing 3 more new singles this year.

Aaroh, an alternative rock band hailing from Karachi was formed in 1998 when a group of college friends came together. The band attained eminence through Pepsi BOB as they performed on songs like Sawaal, Aag Ki Tarhan and also covering the Vital Signs song, Ajnabi. In September 2003, Aaroh released their debut album Sawaal, with Jason Anthony on drums. In 2006, they released their second studio album Raag Neela, followed by a new single Mera Pyar in 2013.

In August 2017, Aaroh released a teaser of their new track titled Mein Nahi Maanta lyrics by Habib Jalib which was released in the last quarter of 2017.

Aaroh’s most significant achievement was winning the Pepsi Battle of the Bands in 2002. Aaroh has also been nominated at the ARY Asian/Bollywood Awards for the “Best Band” award in 2004 and received a nomination for the “Best Lyrics Award” for their song “Na Kaho” at the Indus Music Awards in 2005.