“His act was a laugh riot” 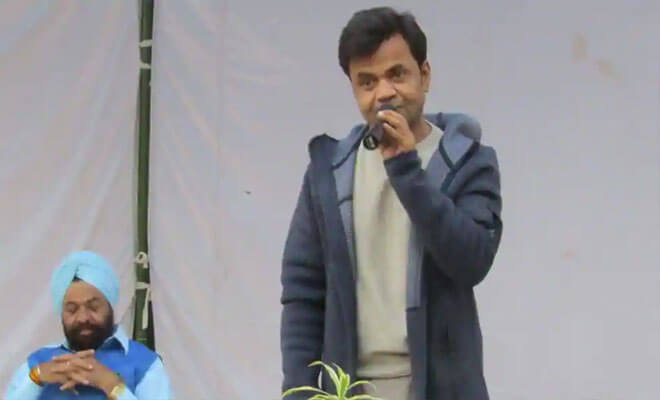 Rajpal Yadav, who is currently in jail for failing to repay a loan of INR 5 crore, performed on the prison’s stage last Friday with a comedy act as part of a kavi sammelan (poets’ meet) programme for the inmates of the one of the most overcrowded prisons in the country. As an actor, performing on stage is nothing new to Rajpal Yadav. But he may never have got an audience as captive in a jail.

The 47-year-old, who has acted in over 200 Hindi movies, was on December 1, sentenced to three months in imprisonment .

“His act was a laugh riot,” said a jail officer. “There were several poets on the stage but Yadav made sure everyone laughed. Everyone was awestruck to see a celebrity on stage.” According to him, the prison has not had a popular face from the Hindi film industry since long.

“Tihar has had big politicians, cricketers, gangsters and terrorists but this is the first time in decades that the jail has had a popular actor as an inmate. He is keeping everyone in good humor. The inmates were excited to see a popular actor on the dais.”

Tihar jail officers said that Yadav, currently lodged in jail number 7, gave a stand-up comedy performance and narrated a story to fellow inmates during the meet.

A senior jail officer said that Yadav is often seen talking to inmates and is working on a play for Christmas. “The inmates have asked him to direct it. It will be released for Christmas.”

In the last 10 days, jail officers have spotted prisoners talking to Yadav asking him about his life in the movies and about the ways one can enter the Hindi film industry. Yadav reportedly spends his time in the jail’s music room and has often been spotted writing.

Superintendent of jail said, “Yadav’s conduct has been good. He has not made any demands or asked to be treated differently. He spends his time in the library. We treat him like any other prisoner.”