Aditi Rao Hydari opens up about her #MeToo experience

Says, "I think you should speak about something only when you are ready". 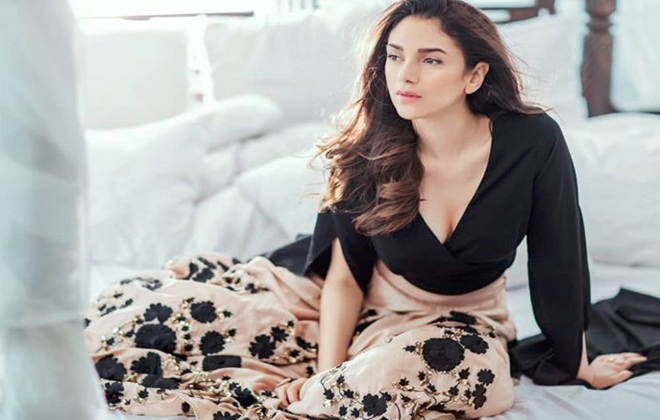 Bollywood actress Aditi Rao Hydari has recently opened up about MeToo story. While speaking at an event arranged by local media group, Aditi shared that there were consequences when she opened up about the #MeToo movement.

The actress reveals that she has also suffered harassment in the Indian film industry and went without work for eight months.

She said, “I remember when I started, I was extra-naive because I came from a protected background. I didn’t know that the rumours were true, that things like this did happen. And honestly, I have not had such a bad time. I had one incident which actually didn’t harm me very much. But yes, I did lose work because I was given a choice – it’s either this or this. For me, it was a no-brainer. I had to walk away”.

The actress also revealed saying, “At that time when it happened, I was really upset and I did think that this was it and I was never going to get work again”.

She thinks that the harassment victims should not be pressurized to share their #MeToo stories, as she added, “I think you should speak about something only when you are ready. And when you don’t talk about it, people are like, Oh, they were paid off’ or ‘oh, they were silenced”.

“I think that everybody should do what they need to do, when they think it is right. That is what empowering a person is. This #MeToo movement is turning that on its head and taking that power away by putting these conditions and saying, ‘You must speak. If you don’t, that means you are giving in,'” she added further.

tweet
Share on FacebookShare on TwitterShare on PinterestShare on Reddit
Saman SiddiquiDecember 24, 2018
the authorSaman Siddiqui
Saman Siddiqui, A freelance journalist with a Master’s Degree in Mass Communication and MS in Peace and Conflict Studies. Associated with the media industry since 2006. Experience in various capacities including Program Host, Researcher, News Producer, Documentary Making, Voice Over, Content Writing Copy Editing, and Blogging, and currently associated with OyeYeah since 2018, working as an Editor.
All posts bySaman Siddiqui