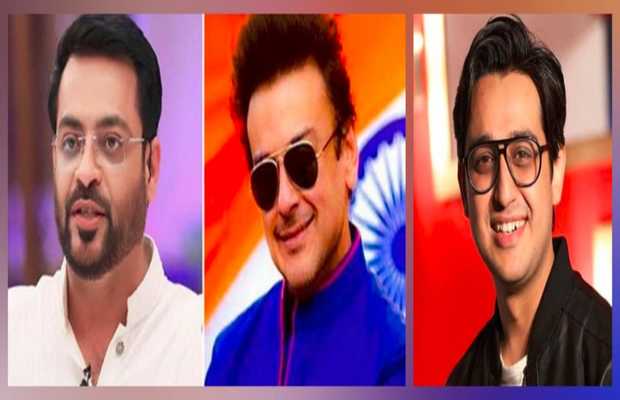 Former Pakistani national Adnan Sami Khan who has been out and about to prove his loyalty to India lately spewed some venom against Pakistan once again. But unusually, instead of Pakistanis responding to the Indian artist, two of Pakistan’s renowned individuals came forward.

So basically, Adnan tried to portray India’s captive pilot Abhinandan, caught and released by Pakistan in February, as a war hero.

Pakistanis and particularly Shafaat Ali and Amir Liaqat Hussain did not take it really well.

“1: He never “went”, was on a Patrol and then thrown into Pakistani Airspace in front of us. Bad tower Control 2: Let alone taking down an F16, he wasn’t able to shoot a single missile from his Mig. All four were intact. 3: Send Nandu again when you have Rafael. TEA WILL BE ON US,” wrote anchor person Shafaat. 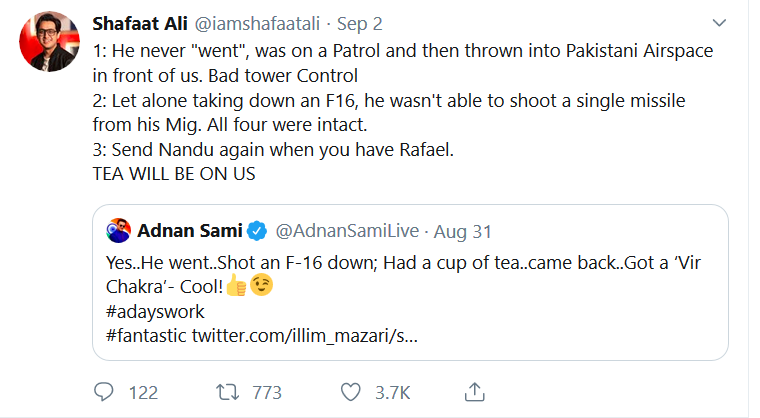 On the other hand, Amir Liaqat had his own way of irking the Indian singer.

“Yes… He went… shot his identity and spit on the graves of his forefathers had a betrayal drink.. got hatred from Pakistan .., Fool,” said politician turned television personality, Amir.

Naturally, Sami, who is often too free to indulge in Twitter spats with Pakistanis, got edgy. And this is what he said in a highly coded language.

“Only a pimple of existence like that would derive this from its unimaginative pedestrian molecule of a mind which is why you lead a pathetic life eating off others name in order to seek validation of your otherwise nonconsequential self!Enjoy!” he wrote – while we are still trying to decode him.

Amir Liaqat too did not shy away from responding in an equally unfathomable language.

“Only an abscess filled with the pus of hatred and narcissism would’ve to write gibberish all the time to seek validation & prove his patriotism all the time, your TL is more about Pakistan than your ownself so we all know who is living a pathetic life.I know you’re undercover,” he wrote. 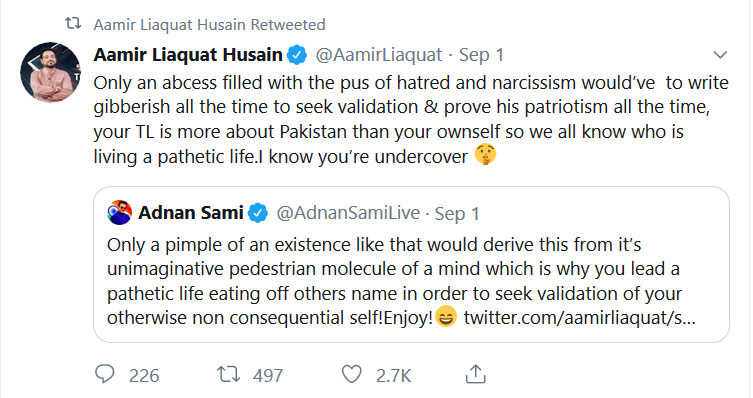 But oops, one is not supposed to reveal Major Adnan Sami’s undercover status.

“I am very much concerned about you… please take very good care of your self, it was my extreme fault that I have disclosed your identity, my conscience will never forgive me for this sin,” tweeted Amir as he proceeded to hit Adnan.

So far Adnan has not responded to Amir’s tweet and that’s probably because he’s too busy in proving his loyalty to India in some other way, or maybe he’s actually busy on an undercover operation.. you never know!