Some artists, particularly from fashion industry have called out Lux Style Awards and its winners 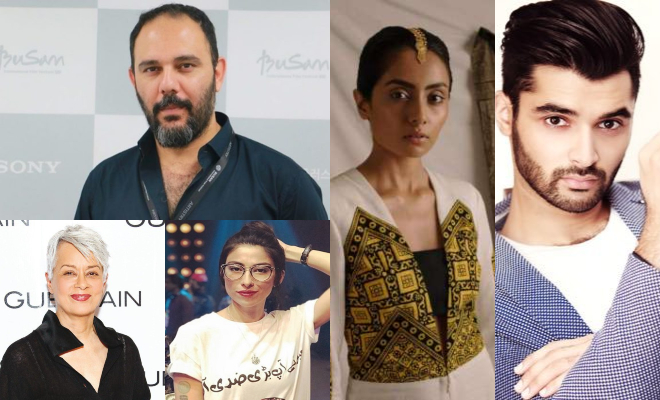 This year’s Lux Style Award’s preparations began on a not so pleasant note owing to involvement of an ‘alleged harasser’ amongst the nominees. Many celebrities from fashion, music and film industry opted out of the award show and declined to be nominated in their respective categories. While this was quite a blow for the LSA management, they tried to overcome the hurdles and conducted the grand event on Sunday night.

On the surface it might seem that all went well and somewhat cheesy (wink, wink), but it has now come to highlight that not every time ‘all is well that ends well’ the case – not with LSA 2019 at least.

Some artists, particularly from fashion industry have called out Lux Style Awards and its winners. While some have personal issues that require to be dealt amicably, others have taken to social media to raise voice over the criteria and selection of award winners.

Fashion designer Maheen Khan was not invited at this year’s Lux Style Award, due to her continuous support of #Metoo movement and calling out the LSA for nominating an alleged harasser.

“Not to say I’d go but some courtesy is demanded here despite my criticism and support to the sexual molestation cause. I’m disgusted,” said the renowned fashion designer.

Later on, Maheen’s post was not found on her personal Facebook profile, however a new post was there in which she raised concern on the selection criteria of Lux Style Awards that mainly revolves around renowned names and faces.

“About the controversy surrounding Lux Style Awards. I have never understood and never will, what the benchmarks are for nominations. My personal concern is about the fashion category, a subject i know well,” said the designer.

“I cannot speak across the board but certainly , in most cases the criteria for Fashion seems to be those houses who have multiple stores ,for models and photographers those who are already well known and popular.  I would like to see the committee look behind the familiar curtain at the talent that is already there,but unrewarded,” she added.

A model from Lahore Farwa Kazmi also raised her voice over favoritism and nepotism that’s openly practiced every year at LSA.

“A lot of models are going to agree with me here [in Lahore] that we have all been a victim of favoritism and nepotism and how it was hugely detrimental to our morale and how it caused lack of motivation in earlier years of our career,” wrote Farwa.

“Why do even include Lahore when they don’t want to recognize its talent and work?” she asked.

Two makeup artists Omayr Waqar and Fatima Nasir also took to social media and highlighted their issues. While Omayr called out one of the winners of LSA to pay him his dues, unpaid from last three years, Fatima had some serious suggestions.

“The focus [of LSA] has always been on drama and TV industry, they get VIP treatment. We need an award show for fashion industry exclusively,” said Fatima.

“Last year, not all the nominees were getting airline tickets and stay until a journalist stepped up for all of us… It’s quite the opposite for actors.

“Why do the same people (favorites) keep winning the awards?” she asked. “We need to introduce more genres for each category,” and also presented a solution.

In addition to the celebrities who have raised their concern of social media, fans are also questioning the criteria of certain awards. From Suno Chanda as Best Drama to Feroze Khan as Best Actor, eyebrows are being raised on LSA 2019’s results.