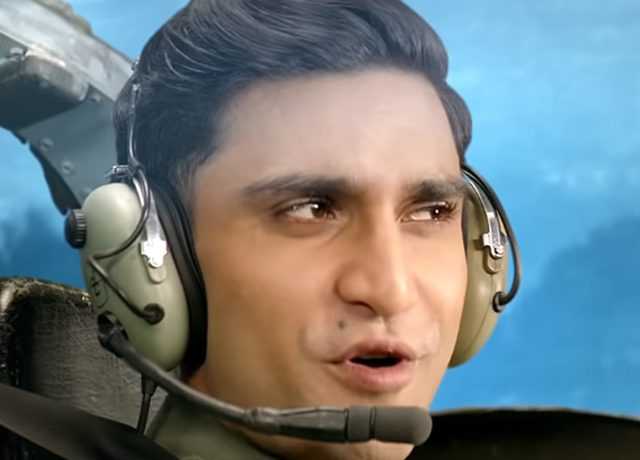 The entire cast of Parwaaz Hai Junoon is busy promoting the film as it is all set to release on Eid-Ul-Azha. Ahad Raza Mir who is one of the lead actors is also currently in UK for the promotional spree.

Speaking to Fifi Haroon on her show, Ahad promoted his debut project and got questioned about his relationship rumours. Ahad answered,  “I’ve met Sajal at a really good time in my life. She knows me for who I am, which I think is a beautiful thing. I’ve loved working with her.”

He also spoke about the role of overseas Pakistani youth in changing the stereotype of the country.

Ahad thinks that it is the large youth population living abroad that can change how the country is looked at. He believes that he took a risk by coming to Pakistan after living in Canada and it has paid off.

“I just want to give out this message to the Pakistani youth abroad, that they should go watch Parwaaz Hai Junoon. They should watch this film to see how beautiful Pakistan, its people, and the Pakistan Air Force is,” he concluded.