Ahmed Ali Butt shared photo in a story on his Instagram account from his childhood, featuring him along with his brothers, grandmother and mother Zale Huma.

“Noorjehan will always live in our hearts,” he wrote.

Paying homage to Queen of Melody Madam Noor Jehan, Ahmed Ali Butt wrote, “In the name of the woman who stood in the man’s world and become queen”. 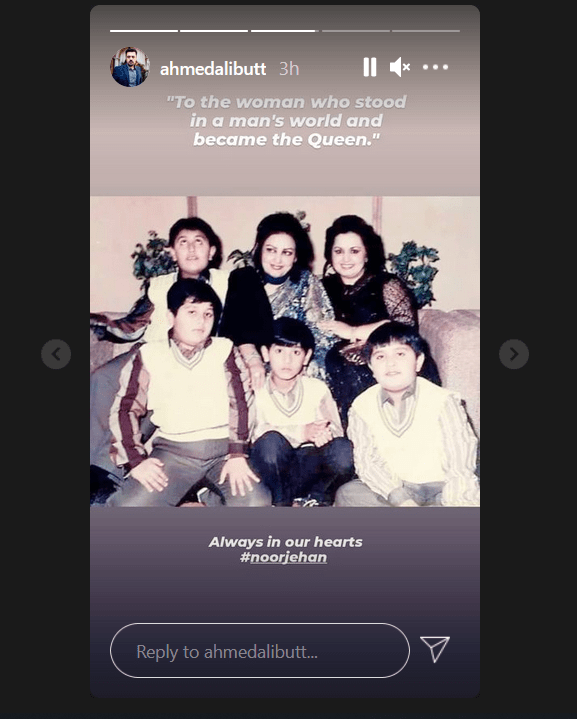 It may be recalled that the 20th death anniversary of the celebrated Pakistani singer of the film industry, Queen of Melody Noor Jehan is being observed today.

She was born on September 21, 1926 in Kasur. Her real name was Allah Wasai while Noor Jahen was her film industry name.