Aiman Khan claps back at trolls

Aiman Khan was critisized for her recent comments she passed for Mawra Hoccane. 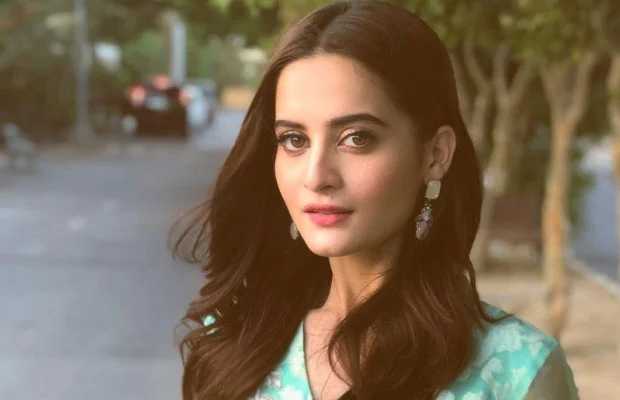 Aiman Khan has responded to the trolls and criticism she faced recently for her alleged body-shaming remarks against fellow actress Mawra Hocane.

The statement from Pakistan’s most-followed celebrity on Instagram was shared in an Insta story.

“I don’t understand why people take things personally and spread negativity. My life is not your property, you have no right to say anything to me if I can’t say anything to you,” Aiman Khan wrote.

“My education, my accent is not your problem. Would my degree land you a job? No, right? Keep your nose out of my business, thanks. Make life easy and stop this nonsense,” she added.

“Games are games and shows are shows – nothing is personal. I think bloggers shouldn’t make everything breaking news. We are already suffering a lot so stop making our lives tough with your stupid comments. Stop making issues out of nothing. Stop this nonsense, stop this hatred,” wrote Baandi star.

Aiman Khan was struck with criticism for her comments she made about fellow actress Mawra Hocane.

While appearing at a talk show recently, Aiman responded to a rapid-fire question with husband Muneeb Butt, she remarked that Mawra “should gain some weight as she is very skinny.”

The Sabaat actress also responded to the ongoing criticism after Aiman’s comments.

Mawra shared a lengthy statement in her Instagram story, saying “To all the social media pages and fans: I Do Not appreciate anyone throwing the person under the bus in the garb of supporting me.”

“We must know how far we must go and not vilify the order person involved in the process. We are all humans and utter words we don’t entirely understand or mean! Let’s be kind… let’s give each other space for improvement and not to do the same or worse by spewing hate.”