Preparations for Umer Sharif's treatment had been completed at George Washington Hospital. 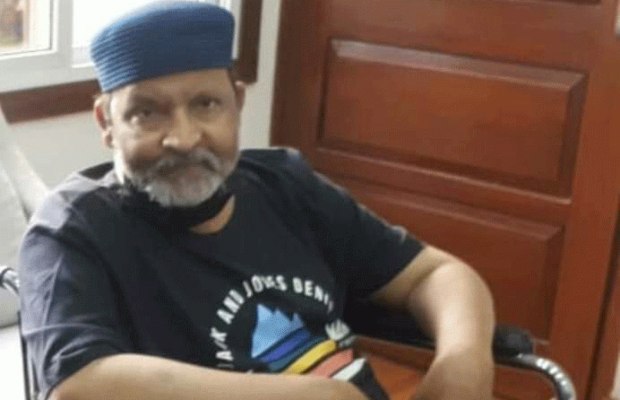 Air ambulance to arrive in the next 36 hours to transport ailing Umer Sharif.

While talking to Geo News, he said that an air ambulance would arrive at Jinnah International Airport (JIAP) in the next 24 to 36 hours to transport ailing Umer Sharif to the United States for treatment.

He said that the documents relating to the air ambulance are being prepared.

“All the arrangements are being made according to the wishes of Umer Sharif’s family,” he added.

Zareen Umer, the comedian’s wife, a fay earlier shared that the preparations for the Umer Sharif’s treatment had been completed at United States’ George Washington Hospital.

“The invoice for the air ambulance will be sent to the Sindh government, who will then pay for it,” Zareen said.

Pakistan renowned comedian and stage artist Umer Sharif is currently under treatment at a private hospital in Karachi for multiple ailments.

tweet
Share on FacebookShare on TwitterShare on PinterestShare on Reddit
Saman SiddiquiSeptember 18, 2021
the authorSaman Siddiqui
Saman Siddiqui, A freelance journalist with a Master’s Degree in Mass Communication and MS in Peace and Conflict Studies. Associated with the media industry since 2006. Experience in various capacities including Program Host, Researcher, News Producer, Documentary Making, Voice Over, Content Writing Copy Editing, and Blogging, and currently associated with OyeYeah since 2018, working as an Editor.
All posts bySaman Siddiqui