Aishwarya Rai shares how daughter has a crush on uncle Ranbir

Ranbir has gone from Ranbirl uncle to RK for Aaradhya 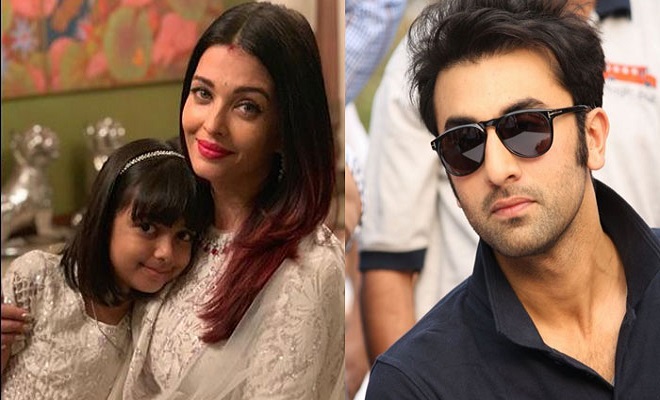 Star kids or ours, kids are kids when it comes to being them. And yes, they all hust grow up too fast. The recent example has to be Aishwarya Rai Bachchan and Abhishek Bachchan’s 7 year old daughter Aaradhya.

The little girl just had her first crush and it is none other than the lady killer Ranbir Kapoor.

During a recent interview that has gone viral, Aishwarya shared how her little one has been very discreetly crushing on Ranbir. The star shared how little Aaradhya acts a little coy around Ranbir ever since they talked on FaceTime and she gave him ‘that’ smile.

Aishwarya also revealed that she and her husband, Abhishek Bachchan have been teasing their daughter with Ranbir’s name, adding, “I told Ranbir, this is so funny. I was nuts about your father and you are the first one Aaradhya is reacting to as an actor with that shy expression. Life’s come a full circle.”

Adding further about Aaradhya’s first crush Aishwarya stated, “She likes the Tamasha song Matargashti. We did the steps of the song for her fourth birthday. On the set, I introduced Ranbir as ‘Ranbir uncle’. He joked, ‘No RK’. Twice she addressed him as uncle. But the other day, suddenly it was RK. We all laughed at that.”