Akshay Kumar is ripped and raw in Bachchan Pandey’s poster 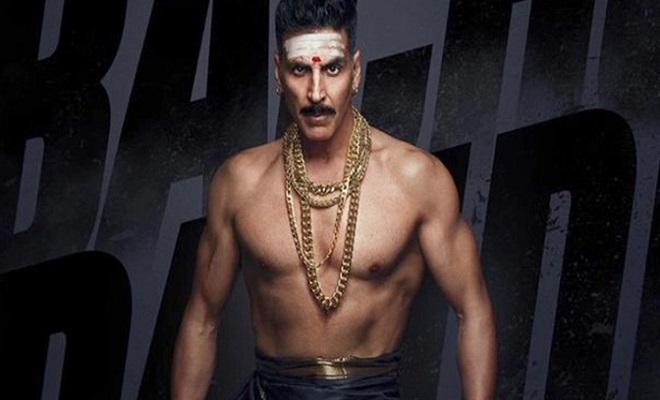 After giving significant hits including Mujhse Shaadi Karogi, Kambakkht Ishq and of course the entire Housefull franchise, Akshay Kumar is once again back with producer Sajid Nadiadwala for his next.

Kumar announced the title of his next film ‘Bachchan Pandey’ sharing the first look poster on Twitter.

“Coming on Christmas 2020! In & as #BachchanPandey, In #SajidNadiadwala’s next, directed by #FarhadSamji,” wrote Akshay on his Twitter while sharing his image from the film. Kumar looked raw, ripped and very much angry in a lungi.

Bachchan Pandey is being directed by Farhad Samji, who has also directed Housefull 3, after Sajid Khan was replace. The film will release on Christmas 2020, most probably clashing with Aamir Khan’s Laal Singh Chadda.

On the work front, Akshay Kumar, is awaiting the release of his film Mission Mangal due to release on August 15th this year. Based on India’s Mars Orbiter Mission, Mission Mangal will star Vidya Balan, Taapsee Pannu, Sonakshi Sinha and Nithya Menon alongside Akshay.