Pakitan’s iconic singer Alamgir shared a photo after the kidney transplant on social media with a message for his fans.

He also thanked the fans for their prayers and full support. 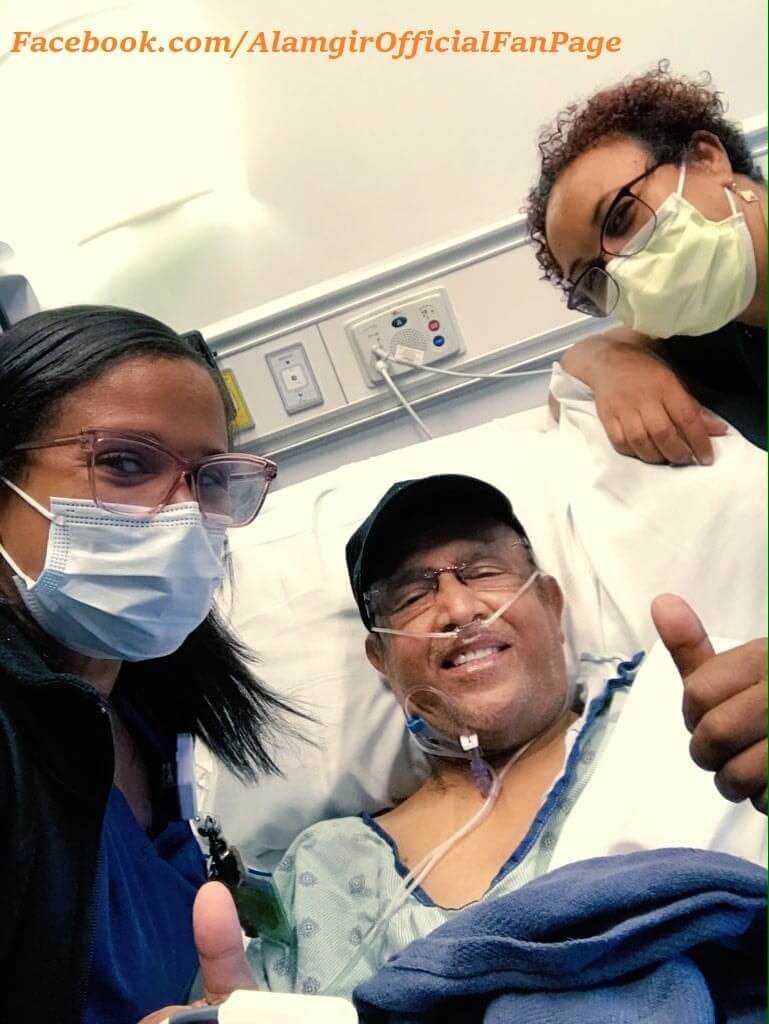 Alamgir was diagnosed with kidney disease in 2004 and his kidneys became almost dysfunctional, which is why he has been on dialysis for many years.

Doctors had advised him to have a kidney transplant a decade ago but he could not find the doner kidney to match with his group.

He moved to live with his family in Atlanta, Georgia, a decade and a half ago.

Born in Shantinagar, Dhaka, Alamgir, 60, is the son of All India Muslim leader Fawadul Haq.

Alamgir regarded as pioner of pop music in Pakistan,

Here at Oyeyeah, we wish him speedy recovery.