‘Kahin Deep Jalay’ is the latest drama from the 7th Sky Entertainment, airing weekly episodes on GEO. Written by Qasira Hayat, directed by Saima Waseem, and produced by the duo of Abdullah Kadwani and Asad Qureshi, it has been garnering rave reviews from the audience. The stellar cast of the drama includes Ali Ansari, Hammad Farooqui, Ali Abbas, Saba Hameed, Saba Faisal, Imran Ashraf, Neelam Munir, and Shehzad Mukhtar. 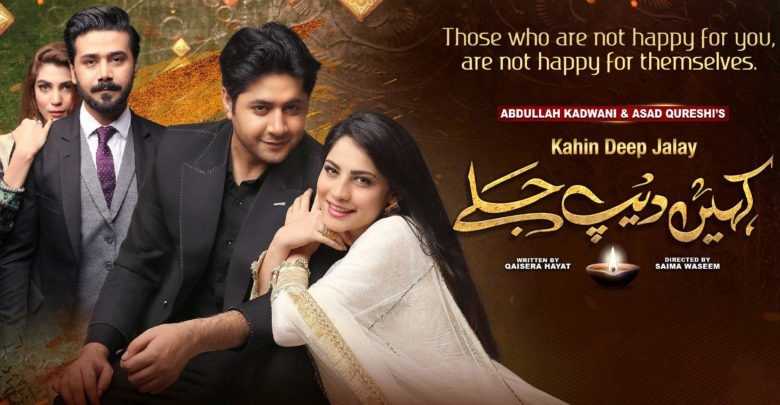 The drama revolves around Rida, played by Neelam Munir who is the only sister of her three brothers. Alongside we have 2 different families being shown. One is Imran Ashraf who is a rich man but has lost everything within the first episode, so that will be very interesting to watch in the later episodes as he will be the love interest for Rida as well as cope with his tragedy.

Another family being shown is Rida’s best friend who has a brother played by Ali Ansari. In the first episode, we see him as a reckless character, someone who seems like a typical rich boy who likes Rida, and someone who would go to any lengths to get her. As the story is progressing, his character dimensions are slowly unfolding, and there seems to be a lot more to him than what meets the eye. He comes out very strong in his determination for Rida, as he expresses his love and respect for her.