"When I grew up and started understanding music, I always respected Madam Noor Jehan since she was and still is a legend," he said. 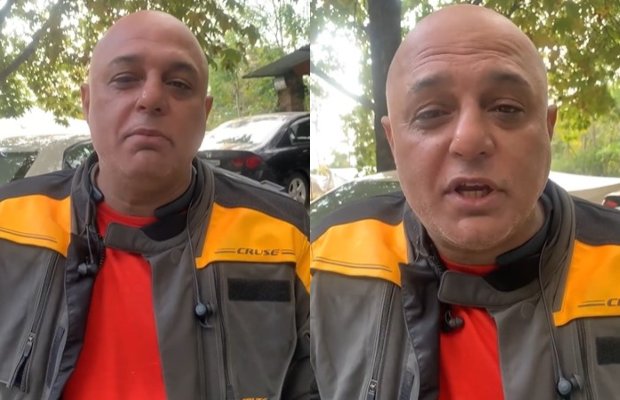 Taking to his Instagram on Friday, the Junoon band frontman released a video statement, in which he told his fans and viewers that he respects the legend with all his heart.

Naming the grandchildren and daughter of late Madam Noor Jehan, Ali said that they are his family and he hasn’t considered them otherwise.

“Mina Hasan, Nazia Ejaz, Ahmed Ali Butt, all the other family members of Madam Noor Jehan are like my family. They are all my friends and I respect them very much. The point of view you guys didn’t listen to was that when we were kids, we only had PTV to watch. The discussion on Waqeel Online was about how Western culture seeped into our culture. Because the presentation of PTV was so terrible that we didn’t feel like watching it,” he said.

Ali Azmat stated that his remarks were taken out of context as the person only shared the edited bit of the whole interview that did not justify the whole conversation. He said that a scene was created giving Ali Azmat vs. Madam Noor Jehan.

Giving a clarification, The Garaj Baras singer said that he criticized the presentation of content on PTV, not the legendary singer. “When we were young we could only judge the appearances on the TV, as there were no capabilities developed to understand the music, he said.

He stressed that at that time they were having a discussion about the influence of western music and he was trying to tell him that Western Culture has now prevailed in society.

He admitted that he spoke about the generational gap and his understanding of music was immature when he was young.

He continued, “What I said is true because at that age, having no sense of good music, singing, we didn’t understand Madam’s songs. For us, she was another aunty on television. Our first impression of her was based on what we saw and we weren’t impressed. But when we grew up and heard Madam, we realized how we had rejected our first exposure to good music.”

“When I grew up and started understanding music, I always respected Madam Noor Jehan since she was and still is a legend,” he said.

Check out his complete statement below:

tweet
Share on FacebookShare on TwitterShare on PinterestShare on Reddit
Saman SiddiquiOctober 24, 2021
the authorSaman Siddiqui
Saman Siddiqui, A freelance journalist with a Master’s Degree in Mass Communication and MS in Peace and Conflict Studies. Associated with the media industry since 2006. Experience in various capacities including Program Host, Researcher, News Producer, Documentary Making, Voice Over, Content Writing Copy Editing, and Blogging, and currently associated with OyeYeah since 2018, working as an Editor.
All posts bySaman Siddiqui