The banter is playful and fun! 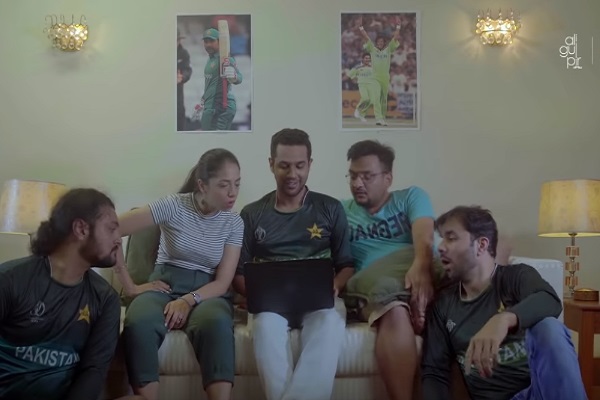 Ali Gul Pir has definitely come a long way from Waderai Ka Beta. His rap style has evolved during the years and there is a certain maturity in his lyrics, which although playful, but are laced with satire that drives the point home.

This time, the rapper has collaborated with Indian YouTubers Being Indian for a fun rap battle. The two teams, we say, recall glorious cricketing histories of both India and Pakistan, all the while amping up blood pressures for the impending India Vs Pakistan World Cup 2019 qualifier.

The rap battle is fun with lyrics that are both playful and aimed at recalling cricketing stars that both India and Pakistan has produced. People on both sides of the border are anxiously awaiting the clash of the titans on Sunday, 16th June. Meanwhile you can enjoy the banter and get all the more excited for the big match. Here’s hoping we win this one for a change and set records straight with India.