Does this kind of behaviour suits to a celebrity? 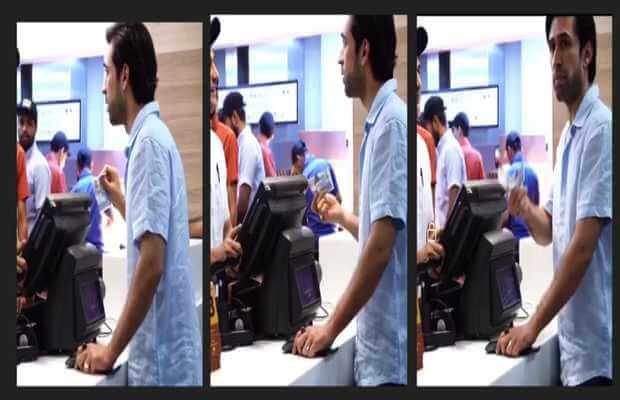 Actor Ali Rehman Khan was caught on camera while arguing at the counter of a famous food-chain outlet.

The actor did not realize that he was being recorded, the moment he turned around and realized the situation, he decided to move out without placing his order.

The video of the incident started to circulate on social media, and people are trying to figure out what went wrong that this famous actor had to point out who he was, as he could be heard shouting at the person behind the counter, “Do you know who I am? Mujay TV pe kabhi dahika hai?”.

Ali Rehman Khan started off his career with films and then moved to the TV. He was extremely adored for playing  Suhaib Bakhtiyar Khan in ‘Diyar-e-Dil’ and immensely despicable as Ammar in ‘Khaas’.

Ali Rehman has proved himself as a diversified actor who can make his presence felt not only on the small screen but cinema too, having a number of films to his credit including ‘Janaan’, ‘Parchi’, and the latest flick ‘Heer Maan Ja’.

But after having a look at this video clip, anyone will think Does this kind of behaviour in public suit to a celebrity?