Ali Zafar believes men are not always the harassers!

Celebrity star tries to hint at something similar he might have gone through from. 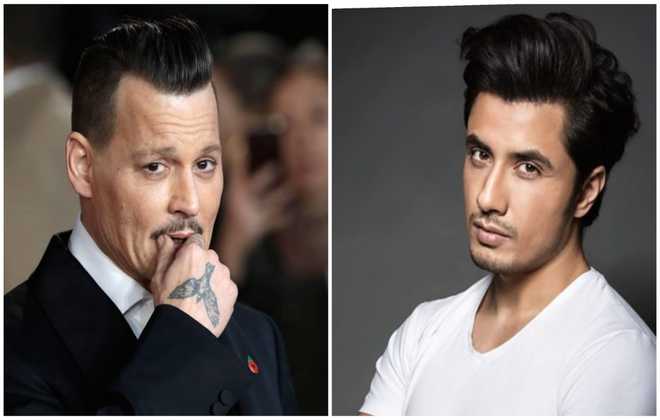 We all know about the recent Meesha Shafi and Ali Zafar sexual harassment scandal, how celebrity singer accused the other celebrity of sexual harassment by posting it on social media last year. Though the case was taken to the court of law, and we all wait to see the final judgment in this regard.

This time Ali Zafar has taken it to social media in the wake of the recent Jhonny Depp and Amber Heard ongoing controversy. As the recent developments brought to light that Jhonny Depp was actually a victim of domestic abuse but for the whole time he was portrayed as the villain of the story.

Ali Zafar gives an impression that he is being inspired by Amber Heard being declared guilty and men are not always the harassers, sometimes men turn out the be the victims of harassment and abuse. But in a male-dominated society, usually, females are the victims.

Ali Zafar hasn’t opened much about this recent ongoing Amber Heard and Jhonny Depp controversy but celebrity star has hinted at something familiar while sharing a Twitter post.

Which reads: Amber Heard not only abused and lied about Johnny Depp but she also mocked all domestic abuse victims. She took advantage of them and of the #metoo movement. People get killed everyday cause of domestic abuse but I guess miss Heard didn’t give a fuck. #JohnnyDeppIsASurvivor

Johnny Depp has filed the defamation suit against Amber Heard 10 days ago.

This is what #AmberHeard did to #JohnnyDepp. She's the monster who abused her husband and her previous partner, who was arrested for domestic violence, who confessed under oath to a series of violent attacks on Johnny Depp. Stop defending and glorifying this female abuser! pic.twitter.com/hdgHiHCHDb

In our part of the world Ali Zafar and Meesha Shafi sexual harassment controversy entered a new phase, as Ali Zafar on Saturday, 9th of March, has filed a petition against Meesha Shafi for submitting an allegedly fake affidavit in the civil court.

The petition pleaded that the statement filed by Meesha Shafi is full of contradictions related to the dates and sequence of events. “The events that Meesha promised and claimed took place afterward”, the statement further says.

tweet
Share on FacebookShare on TwitterShare on PinterestShare on Reddit
Saman SiddiquiMarch 14, 2019
the authorSaman Siddiqui
Saman Siddiqui, A freelance journalist with a Master’s Degree in Mass Communication and MS in Peace and Conflict Studies. Associated with the media industry since 2006. Experience in various capacities including Program Host, Researcher, News Producer, Documentary Making, Voice Over, Content Writing Copy Editing, and Blogging, and currently associated with OyeYeah since 2018, working as an Editor.
All posts bySaman Siddiqui