Alia Bhatt shares a heart touching note as shoot for Kalank is wraps up!

The actress has shared picture from the sets of the movie with director Abhishek Varman and co-star Aditya Roy Kapoor. 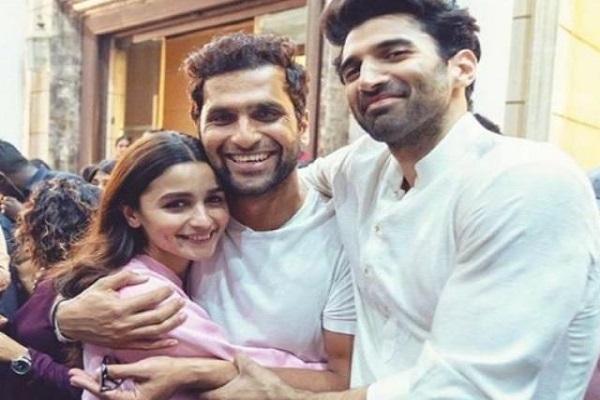 Well recent updates from the Bollywood star Alia Bhatt is that the actress has shared a very heartfelt note after the shooting wrap of Kalank.

The actress has shared a picture from the sets of the movie with director Abhishek Varman and co-star Aditya Roy Kapoor on her Instagram. She captioned her post, “KALANK has wrapped but the heart is still wide open!! For those who understand it and for those who don’t.. when you wrap a film it feels like a part of you just combusts.. especially when you’ve worked with your friends and family.. Crossing our fingers and toes for the journey ahead.. Can’t wait for you guys to see the visuals..”

Kalank is considered as one of the most anticipated films of 2019. The shooting of the film started in the month April 2018. Abhishek Varman is the director of Kalank who made his directorial debut with 2 States. The film is a production of Karan Johar, Sajid Nadiadwala, Hiroo Yash Johar, and Apoorva Mehta.

tweet
Share on FacebookShare on TwitterShare on PinterestShare on Reddit
Rameeza NasimJanuary 22, 2019
the authorRameeza Nasim
Rameeza Nasim, a Paralian, passionate about poetry, drama and fiction. By giving drama critiques I feel like I am endorsing the writer's message to the audiences, I love my job. Being a critic responsibility lies on my shoulders to point out the flaws and shortcomings of the play be it on writer's , performers or director's end . I did my Masters in English Literature and Linguistics .
All posts byRameeza Nasim