Hello, trolls get a life, smoking is equally injurious to the health of both males and females! 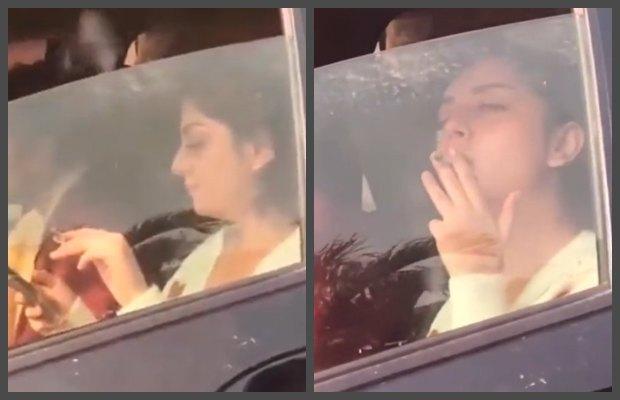 Alizeh Shah is yet again on target of trolls after her smoking video goes viral on social media.

Thursday saw the name of a popular actress and social media celebrity trending on Twitter timeline.

It all started when a netizen shared a video clip of Alizeh Shah spotted smoking while traveling in a car sitting on the front passenger seat.

The now-viral clip features Alizeh busy scrolling through her phone while she smokes the cigarette with a confident attitude.

And later she puffs like a habitual smoker that turned out too much for the trolls to handle.

However, it’s such gender discrimination if a male celebrity is spotted in the same manner it’s no big deal.

Hello, trolls get a life, smoking is equally injurious to the health of both males and females!

Some came out alleging that Alizeh was not just smoking it was dope!