The actress discloses her love interest's best qualities in a live show. 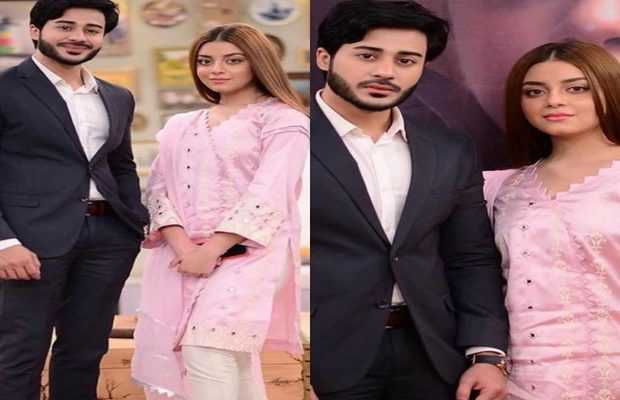 Alizeh Shah and her beau Noaman Sami are sharing screen space for the first time in new drama serial Mera Dil Mera Dushman that airs on ARY Digital.  The love birds were spotted recently at a morning show along with the other cast members of the drama, where they had appeared to promote their serial.

On the show, the Ehd-e-Wafa actress praised his love interest for being humble and loving with everyone.

Noaman Sami is thankful to Alizeh Shah for unconditional support

Noaman Sami shared an adorable PDA filled photo of the couple along with a heartfelt caption on Instagram.

”You have supported me and stuck with me through thick and thin, I promise you I will always be there for you through all the ups and downs, no matter what happens,” Noaman had written.

Noaman and Alizeh Shah have been in the news since the celebrity couple reportedly started dating each other in 2019. Both of them have had the time and again emphasized on the other’s significance in life, hinting towards a brewing relationship.

We love the couple’s chemistry and hope they get officially engaged this year.