This time it's the production house that is reported to have taken formal action against the actress. 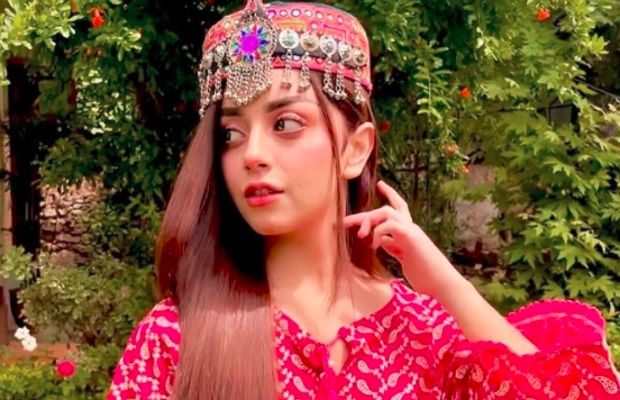 Alizeh Shah is yet again accused of showing tantrums during shooting!

It was a while ago when actor-producer Yasir Nawaz brought to light behavioral problems associated with Alizeh Shah.

The Ehd-e-Wafa starlet has been termed ‘’unprofessional’’ and ‘’rude’’ by her fellow co-stars previously on certain occasions.

This time it’s the production house that is reported to have taken formal action against the actress.

Alizeh, who also enjoys a huge social media following, is accused of deserting the set of the drama unannounced.

According to the source, the UPA has confirmed receiving a complaint against Alizeh Shah for having left the set without any prior information which resulted in serious production losses for Eveready Pictures.

As per the filed complaint, Alizeh left the drama shoot of Mohabbat Ki Akhri Kahani without providing any prior information or reason.

The drama was shot in Azad Kashmir.

Previously, not only Yasir Nawaz, but actor Naveed Raza and actress Zarnish Khan also went on record to say that Alizeh Shah had not only been unprofessional but held personal grudges on sets against her co-stars including seniors.

tweet
Share on FacebookShare on TwitterShare on PinterestShare on Reddit
Saman SiddiquiJuly 1, 2022
the authorSaman Siddiqui
Saman Siddiqui, A freelance journalist with a Master’s Degree in Mass Communication and MS in Peace and Conflict Studies. Associated with the media industry since 2006. Experience in various capacities including Program Host, Researcher, News Producer, Documentary Making, Voice Over, Content Writing Copy Editing, and Blogging, and currently associated with OyeYeah since 2018, working as an Editor.
All posts bySaman Siddiqui