Alok Nath responds with a stament, "Neither I am denying this nor do I would agree with it. It (rape) must have happened, but someone else would have done it." 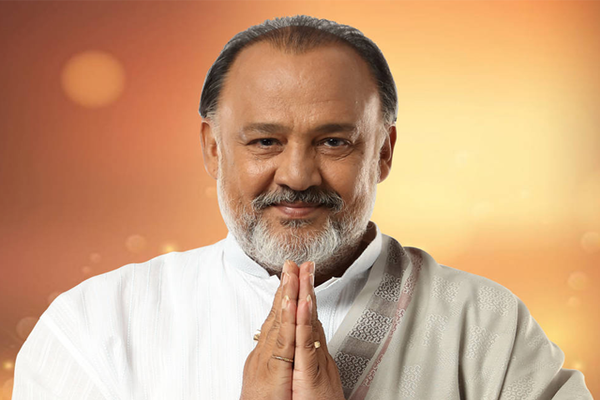 Within a few weeks, the #MeToo movement and sexual harassment allegations has taken Indian entertainment industry by storm. On daily basis new revelations are coming to light. This time the accused is a senior actor Alok Nath. Who is famous for this roles as a stereotypical Indian father, personifying religious traditions and moral values in films and TV shows.

The severe allegations come from the Indian director Vinta Nanda who produced and wrote hit TV serial ‘Tara’. She has alleged Alok Nath who was part of the show of raping her.

Taking it to social media, in a Facebook post, Nanda alleged that Alok Nath raped her and harassed Tara’s female lead. It seems like the ongoing #MeToo waves in Bollywood has encouraged her to open up after 19 years.

“I have waited for this moment to come for 19 years,” Nanda wrote. Without mentioning the actor’s name, the filmmaker referred to the “predator in question” as “the actor par excellence who is known as the most ‘sanskaari’ (cultured) person in the film and television industry”. She later confirmed to IANS that she was referring to Alok Nath.

“He was an alcoholic, shameless and obnoxious but he was also the television star of that decade, so not only was he forgiven for all his bad behaviour, many of the guys would also egg him on to be his worst,” Nanda wrote in the post.

The filmmaker also recalled the ‘worst’ that happened and narrated the incidents that took place after she left a party at Nath’s house. “I remember being violated endlessly. When I woke up the next afternoon, I was in pain. I hadn’t just been raped, I was taken to my own house and had been brutalised. I couldn’t get up for my bed. I told some of my friends but everybody advised me to forget about it and move on,” she further added.

When she got the job for writing and directing a TV series for another channel, her paths again crossed with Alok Nath. “The man found his way through the casting route and became one of the lead actors on the show. He created an environment in which I was made to feel threatened, so I asked the producers to release me from directing the series because I didn’t want to be around where he was. I continued to write the show,” she added.

According to her, “most difficult part” and the “main reason” why she took so long to share the truth was because while she was working on the new series, “he asked me to come to his house again and I went to allow him to violate me”.

She added further that, “I needed the job and didn’t want to leave it as I needed the money. It was after this that I quit,”. Urging people to speak up against all sort of harassments, Nanda writes, “who have suffered at the hands of predators, to come out and say it aloud”.

Along with Nanda, veteran actress and Tara star Navneen Nishan has called out Alok Nath on alleged sexual harassment and rape confirming she also faced the distress for four years.

“I empathise with Vinta for the terrible pain she has gone through; it is unimaginable. I dealt with the four year harassment by slapping the man in question and it is done and dusted. “l suffered the loss of the show and was further shamed by the man through media and I endured that. I fought my battles there and then. I am immensely glad that the power trip and sexual dominance coming from this power is being called out. It is high time,” she stated in a statement.

Alok Nath has responded to Nanda’s allegations saying, “Neither I am denying this nor do I would agree with it. It (rape) must have happened, but someone else would have done it. Well, I do not want to talk much about it as for the matter if it has come out, it will be stretched.”

Bizarre Response by Sanskari Babu Ji 👉🏼
“Neither am I denying nor do I agree. Rape must have happened but it wasn’t me. Someone else must have raped her” #MeToo pic.twitter.com/pItaccA5jA