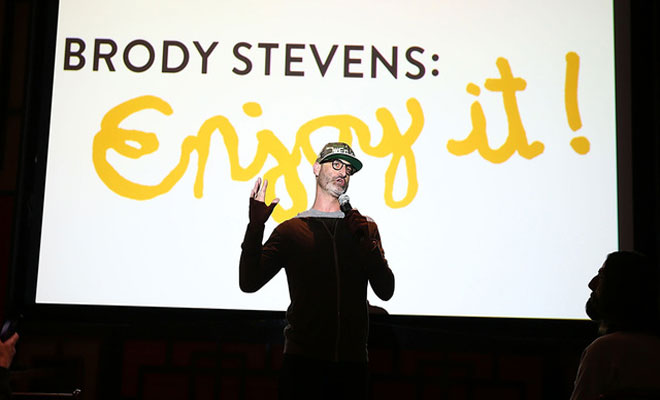 Authorities say the death is being investigated as a suicide by hanging. They say Stevens was found unresponsive at about 1 p.m. local time at his home in the 12300 block of Magnolia Boulevard in Valley Village.

Stevens has reportedly struggled with depression and bipolar disorder.

The 48-year-old comic had earned acting credits in movies such as “The Hangover,” and “Due Date,” as well as co-created the series “Brody Stevens: Enjoy it!”

Stevens’ representative said: “Brody was an inspiring voice who was a friend to many in the comedy community. He pushed creative boundaries and his passion for his work and his love of baseball were contagious. He was beloved by many and will be greatly missed.”

I’m sad about the suicide of my friend Brody Stevens. I could tell 50 hilarious Brody stories from just his time as audience warm up on Best Damn Sports Show Period. Audiences loved him. Or hated him. Brody cared. He didn’t hide it. That was the funniest Brody Stevens. #RIPBrody

I love you so much Brody Stevens. Nobody has been nicer in comedy than you. My heart is shattered. pic.twitter.com/sOl9PLpxsd