The internet and industry have created havoc over Firdous Jamal and Mahira Khan’s recent issue, Shaan voices a sensible stance 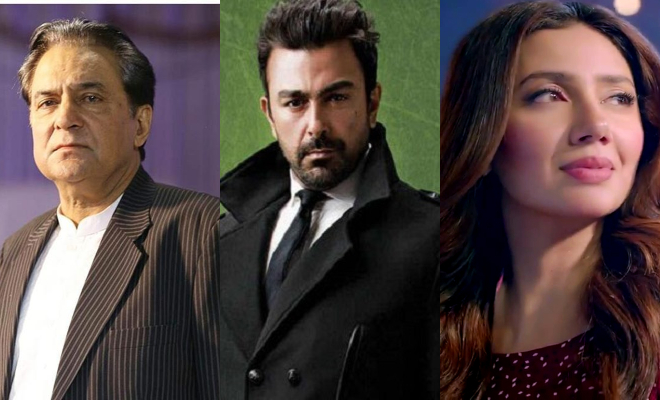 Earlier this week Firdous Jamal appeared on a television show and passed some not-so-pleasant remarks about superstar Mahira Khan. From calling her mediocre model to an aged heroine, Firdous Jamal did not have anything as such nice to say about the Humsafar actress. Expectedly, his remarks unleashed a storm of criticism on the legendary actor and some of course stood by his side and further slammed Mahira.

Internet was abuzz, celebrities came out in support of Mahira and in short a controversy had sparked with people taking only extreme opinions on the matter. The issue further escalated when Momina Duraid of MD Productions announced that her production house will not be working with Firdous sahb in the future and the veteran actor’s son Hamza Firdous too came in defense of his father.

To sum it up, it was a dirty fight and all hands that participated in the fiasco got messy.

However, then came Shaan Shahid’s sensible tweet and as a breath of fresh air he offered a peace way out to all Mahira and Firdous supporters.

“Sad to hear what Firdous sahb said about MK. And sad to see what people on Twitter are saying to Firdous sahb. He has given more to this industry than just his last interview,” said the Waar actor on social media.

sad to hear what firdous sb said abt MK. And sad to see what People on Twitter are saying to firdous sb .he has given more to this industry than just his last interview .Mahira is a ⭐️,and no opinion can take this status from her. And Firdous sb is a legend #❤️ubothourpride🇵🇰

“Mahira is a star and no opinion can take this status from her. And Firdous sahb is a legend,” #youbothourpride hash tagged Shaan as he spoke of a neutral stance.

Although Mahira’s own response to the whole controversy is commendable too, it is good to see Shaan too maintaining a balance. And as Mahira said, “spread love, not hate”, let’s hope the industry and internet can move on from here in a decent manner.