Amir Khan, Faryal Makhdoom to star in a documentary 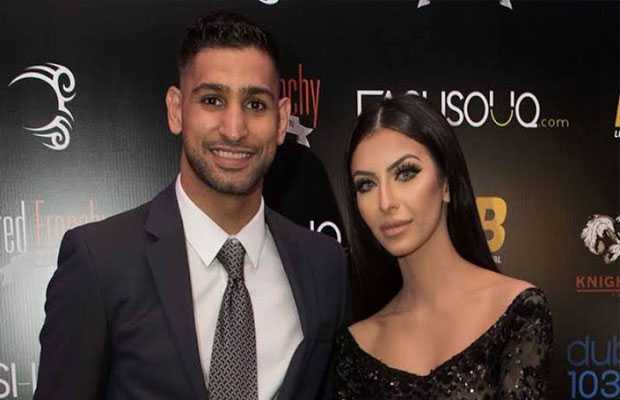 British- Pakistani Boxer Amir Khan and his wife Faryal Makhdoom are to star in a new BBC Three documentary titled Meet The Khans.

The 29-year-old Makhdoom has announced on her Instagram saying, “Excited to announce our new reality TV series Meet The Khans — coming soon on @Bbc @bbcthree”.

Earlier a week ago, BBC Three announced the series’ that would stream on the network at a session for Edinburgh TV Festival.

The programme will follow Olympic medallist and boxing world champion Amir and his fashion and beauty influencer wife Faryal, as they juggle a young family, their relationship and career pressures under the glare of modern media.

The couple have lived in Bolton since their lavish wedding in New York 2013.

They have three children, Lamaisah, six, Alayna, two, and Muhammad Zaviyar, who was born earlier this year.

The documentary was trumpeted during a session for Edinburgh TV Festival earlier this week, where BBC Three controller Fiona Campbell spoke about new titles that will be coming to the channel.