Hey, Salman Khan, How You Doing? Amitabh Bachchan gets greeted at Glasgow 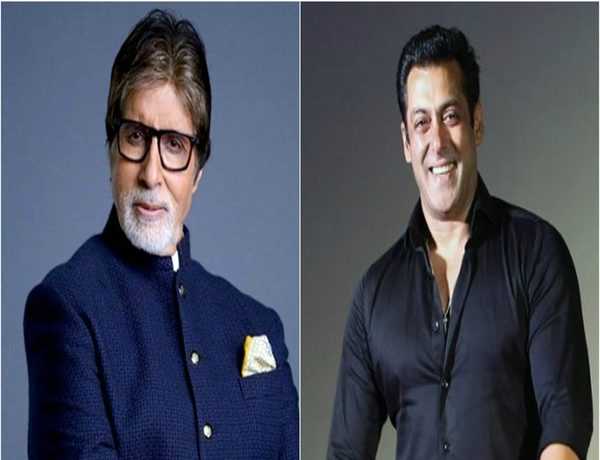 Amitabh Bachchan was mistaken for Salman Khan. Yes, you read that right. Who doesn’t recognize Amitabh Bachchan and Salman Khan? But yet there are few who can mix up the two iconic stars from the Bollywood, as it occurred yesterday.

Big B who is currently is Glasgow, Scotland, busy in shooting of upcoming film “Badla”, Sujoy Ghosh’s film which is produced by Shah Rukh Khan.

Big B shared the incident on twitter, writing the details, “I walk the street of Glasgow by myself, until a car drives by and occupant yells out, ‘hey, Salman Khan, how you doing?’

Isn’t that amazing that someone could not differentiate between Amitabh Bachchan who is 75, and Salman Khan 52. Both have shared screen together in films like ‘Baghban’, ‘Baabul’ and ‘God Tussi Great Ho’.

It is being reported that Big B started shooting for ‘Badla’ some weekends ago. The film also features Taapsee Pannu, with whom Big B costarred in the film ‘PINK’. Two more film projects starring Amitabh Bachchan are in pipeline currently, ‘Thugs of Hindostan’ releasing on 7th November. Directed by Vijay Krishna Acharya, is one of the most awaited films of the year. And for the first time, in this film megastar Amitabh Bachchan and Aamir Khan are sharing screen together.

And the second is ‘Brahmastra’ with is scheduled to release next year on 15 August. Star cast along Big B includes Ranbir Kapoor, Alia Bhatt and Mouni Roy.

tweet
Share on FacebookShare on TwitterShare on PinterestShare on Reddit
Saman SiddiquiJune 29, 2018
the authorSaman Siddiqui
Saman Siddiqui, A freelance journalist with a Master’s Degree in Mass Communication and MS in Peace and Conflict Studies. Associated with the media industry since 2006. Experience in various capacities including Program Host, Researcher, News Producer, Documentary Making, Voice Over, Content Writing Copy Editing, and Blogging, and currently associated with OyeYeah since 2018, working as an Editor.
All posts bySaman Siddiqui