Amna Ilyas’s Tone-Deaf Explanation of Fat Shaming Says Too Much Yet Too Little!

Apology or another display of arrogance? 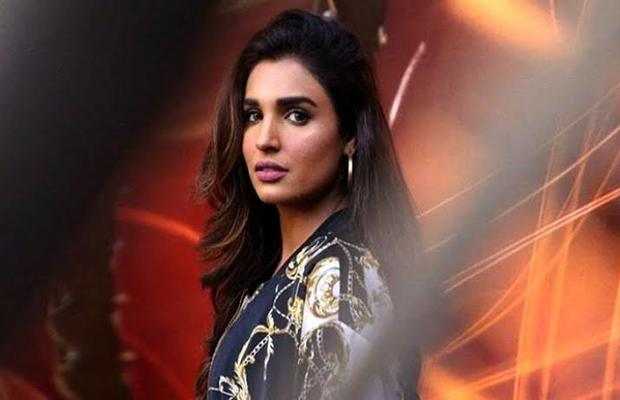 If there was one celebrity we were hoping better from, it had to be Amna Ilyas. But for good or worse, she has settled at the lower end of the peck as she once again reiterates she’s a changed person and it was her in the past who fat-shamed former supermodel Aaminah Haq.

Taking it to Instagram, Amna released a video (which we dare may not call apology) and left everyone pondering whether it was her attempt to clear the air or further aggravate the netizens who are calling her out for her actions. For the unversed, Amna in an old was seen video fat-shaming Aaminah Haq, and then later shared a video saying “wo tou main hoon hi nahi.”

“We had a cook Nauman who had limp, I used to call him loora Nomi loora Nomi, I was six then. When my cousin had a child, I didn’t take her in my arms for two years, saying eeww she’s so pheeni I was 12 then,” Amna says at the beginning of her latest video.

“Then I had a school teacher who had a speech impairment. I would imitate his stutter and I was 15. Called ‘tidda’ to my best friend for being too short, advised my neighbor to grow some hair, told my house help to have her teeth changed, and made fun of the people for being too dark. Imagine me calling someone dark.

“I have never called a single person fat in my life, I used words like elephant, bull, or hippopotamus instead,” she continued.

“I said it’s not me who said all that two years ago (referring to Aaminah Haq video) because it’s true. I am not, I used to be,” said Amna while adding, “Nobody learns ethics right from their mother’s womb, and don’t you tell me you have never done all these mistakes in life.”

She then turned to Aaminah Haq and did not exactly apologize for what she said, “Aaminah Haq, I cannot change what I said, I cannot undo the pain I might have caused you but I try to be a better me every day,” she said in a video where she had clearly pointed fingers at other people – in her attempt to be better than everyone else presumably – and not for once came out humble or apologetic.

So yeah maybe talking too much isn’t what’s needed of the 33-year old actress, instead, a few words of a decent apology would have sufficed. But who are we kidding, she belongs to the lot of pretty faces and not so pretty… (you know what).