Anuhska Sharma & Salman Khan to pair up for Sanjay Leela Bhansali’s next? Here’s the truth

The duo pairing was much appreciated in Sultan 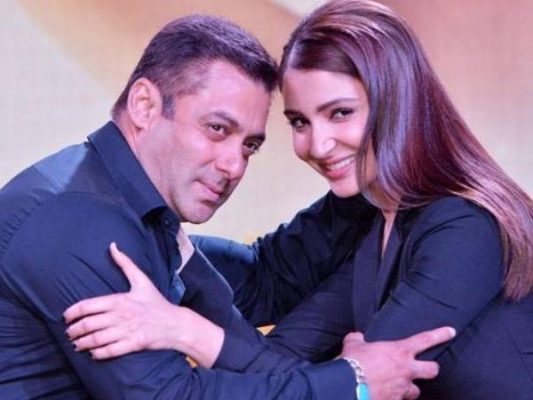 Salman Khan and Anushka Sharma as a pair were appreciated very much when Sultan came out in 2016. Not only the two looked good together, their chemistry was engaging as well. And now, it seems, Sanjay Leela Bhansali will be casting the two together in his yet to be titled film.

According to Indian media, Sanjay Leela Bhansali has already finalized a script and might take Anushka on board as well. Although details of the film and the cast are being kept strictly under wraps, Salman had confirmed that he was all set to work with Sanjay Leela Bhansali after 19 years of Hum Dil De Chuke Sanam.

Although its not confirmed whether Sanjay Leela Bhansali will be taking over the film as a director or not, it is being said that the film will go on the floors in early 2019, slated for an Eid 2020 release.

However, nothing has been official as yet. A statement was also issued by Anushka Sharma’s spokesperson rubbishing rumors of her being signed for the film, “Anushka Sharma would love to collaborate with Sanjay Leela Bhansali but as of now, there is no truth to the speculations claiming Anushka has been signed for his next.”
Also Anushka Sharma has no films in the pipeline post the release of Zero and it seems like a good opportunity if the film just falls her way.