Are Aiman and Muneeb expecting their first child? 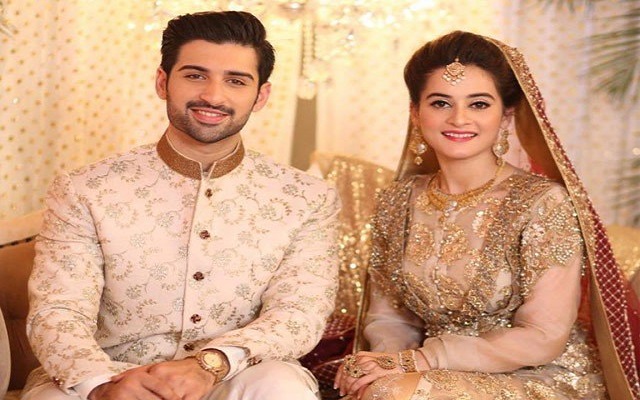 Aiman Khan and Muneeb Butt tied the knot in a rather lavish ceremony last year. The duo then embarked on a luxurious honeymoon after which Aiman Khan has to sign up a new project. Currently, we can see Aiman in Bandi on Hum TV but that’s been recorded for some time now so there’s no guessing about the rumors afloat.

Aiman Khan recently appeared in an interview with Samina Peerzada and it has set the rumor mills turning. Positively glowing, Aiman Khan appeared a bit healthy than her usual self and it promoted her fans to make assumptions.

And the most often posted comment on her picture include, 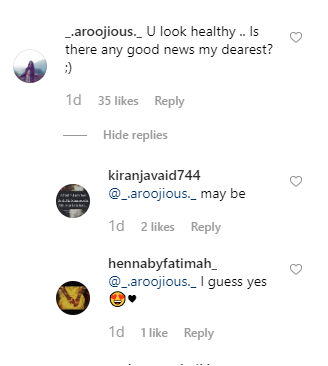 However, there has been no official announcement from Aiman or Muneeb in this regard. We believe this is #Aineeb’s private matter and they’ll be ready to make announcements (if any) when the time is right or when they feel to do so. Meanwhile, we’d like to wish our favorite celebrity couple a very best of luck and a happy married life for years to come.