Are Yasir Hussain and Iqra Aziz Tying the Knot This Year? 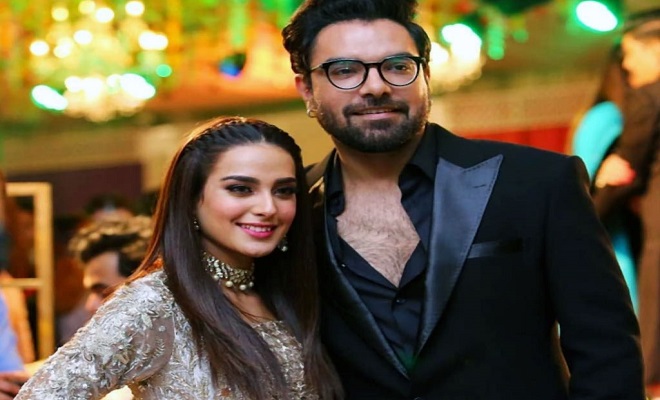 Television actors Yasir Hussain and Iqra Aziz have been openly dating for quite some time now, and the couple’s online and offline chemistry is talk of the town. The two have often shunned the rumors of their ‘breakups and wedding’, however this time it seems that the big day might be closer than fans think.

During a social media Q/A session  with fans – which Yasir is pretty famous for – the Karachi Se Lahore actor was asked if the rumors of him getting married in 2020 are correct.

The fans were quick to jump with excitement and an enthusiastic fan asked Yasir if he could attend his wedding.

“The bride’s side has invited a limited number of guests, I don’t even know if I will be going or not,” the Baandi actor wrote in response.

While congratulations are being showered on the couple, one does get confused if Yasir was kidding or serious. After all his second response is pretty much like Yasir – witty and dodgy. We do wish the couple good luck for whenever they get married.